Whether you are a fan of the classic days of Hulk Hogan and Macho Man Randy Savage or the more modern styles of Finn Balor, the WWE’s annual game release has always been one to look out for and this years game will go a long way to make fans of the franchise very happy.

This years game sees the largest roster of characters since 2K took over from the ill-fated THQ. Fans will be happy to see all the current main roster stars and most of NXT’s stars well represented in this game. If you are a fan of a more bygone era then the developers also have you covered with loads of classic stars and attitude era wrestlers rounding out the roster at over 200 stars.

The in-ring action seems to be much smoother than previous years with neater animations making the game feel more natural, and wrestlers actually acting a bit more like their real-life counterparts. If you are you facing a cowardly heel, for example, you will see that they are smart and will do things like roll out of the ring to prevent a pin attempt etc. or remove a turnbuckle cover to try to cause more damage when the ref’s back is turned. The commentary is about the only annoying part of the game as sometimes what they are saying just doesn’t match up with what’s going on and the old issue of the same lines being used over and over inevitably ends up happening too. Every match type you could possibly want to play is available to you, so from a gameplay perspective, this is definitely the best WWE game to grace the PS4 so far.

WWE 2K19 also sees the return of showcase mode, which was sadly missing from last year’s game. Showcase mode follows the career of the Yes Man himself, Daniel Bryan. It is almost like an interactive documentary, with Brian telling the story of his career in video packages before the matches, highlighting his time in the independent promotions before letting you play out some of the biggest matches of his WWE career. These matches have set parameters that you have to meet, which means that you can’t rewrite history here. The game expects you to perform specific actions during the match, so it can actually be quite a good way to get a feel for some of the mechanics of the game. 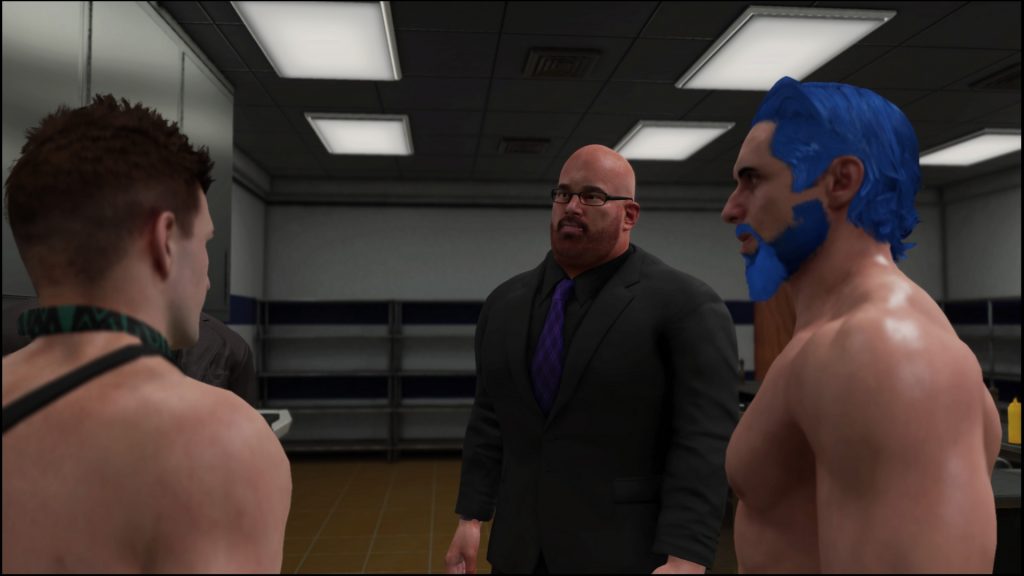 My Career mode has also had a massive overhaul, it’s possibly the biggest change to the game. Gone is the old target a title, impress the GM and fight a series of matches until you get your shot style of old. We now get a full story to follow that follows your created superstar, from indy darling, all the way to the top of the WWE. The story is great and has the right mix of fun and stupid that WWE fans will enjoy, it’s fully voiced by WWE stars as well so it really helps you to get invested in your superstar’s journey. The story uses a skill tree to unlock new abilities and you earn currency that is used to buy more moves etc., this allows you to improve how your character handles themselves inside the squared circle and gives a real sense of progress as you play. This is a very enjoyable and rewarding mode to play (possibly my favourite).

Next up you have WWE Universe mode which allows you to plot out your own version of WWE programming, set the rivalries you want, play the matches you want, and really feel part of the WWE. The first match I played was vs Roman Reigns, after the match Braun Strowman ran in to cash in his money in the bank contract! The way it was presented was just like it would be on TV, certainly a mode I could see myself spending time on (unlike previous years).

The content doesn’t end there as this year has also added Towers mode, a gauntlet style arcade mode where you have to beat a set of wrestlers in the one sitting to clear the tower, this is possibly the hardest mode as it will take a lot of effort to beat everything that Tower mode has to offer. 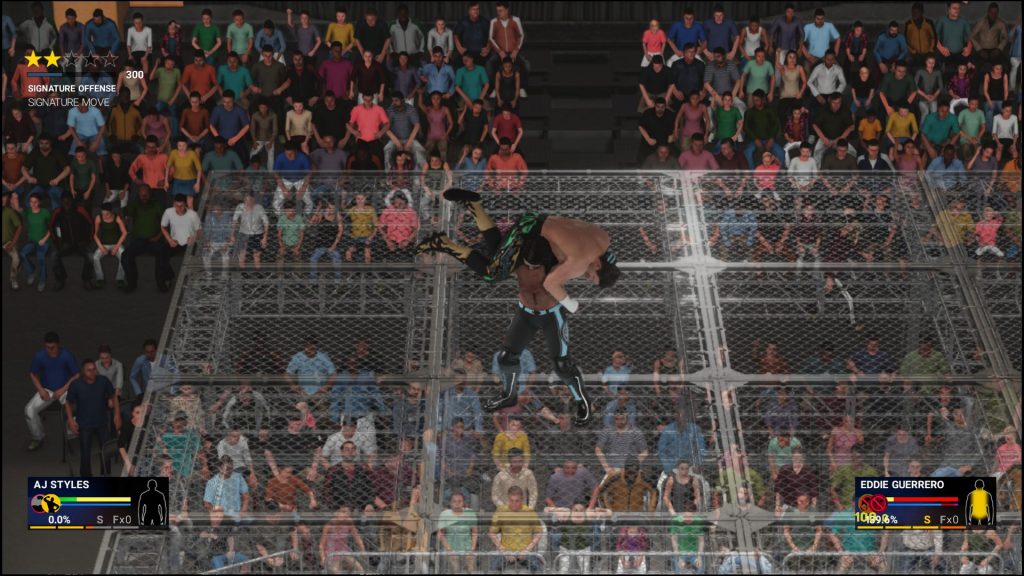 As always with WWE titles there is a massive creation suite for you to make your own abominations, or if you are lazy like me you can hop online and download one of the many masterpieces the WWE2K playing community have put together. Pretty much any wrestler you can think of that is not in the game is available to download via community creation so the game will keep you going for quite some time.

I am also happy to report that any matches I had online were free from lag and time-sensitive inputs, e.g. reversals being registered without any issue, so if you enjoy the online play you should be happy with this years WWE2K19.

I have really enjoyed playing the game so far and can’t wait to play some more. When it comes to 2K’s WWE offering this is definitely the best there is, the best there was, but hopefully not the best there ever will be, but it will be quite hard to top this one.