Days Gone is out in the wild! The next big PlayStation exclusive is brought to us by Bend Studios. It brings together biker gang, romance, viral outbreak and the final ingredient, freakers. This game has a lot to live up to with the ‘PlayStation Exclusive’ badge on it.

Just so we are all on the same page, these are not zombies. We are dealing with freakers here, humans affected by this viral outbreak. I won’t be calling them zombies despite their similarities.

Set in an apocalyptic Oregon about 2 years after the viral outbreak occurred. You play as Deacon accompanied early on by fellow biker Boozer. Deacon’s past is shown to us through flashbacks throughout the game. Showing the good times with his partner before everything went downhill. These flashbacks put a bit of content behind the different storylines and perhaps showcasing the motivation of putting yourself at risk. 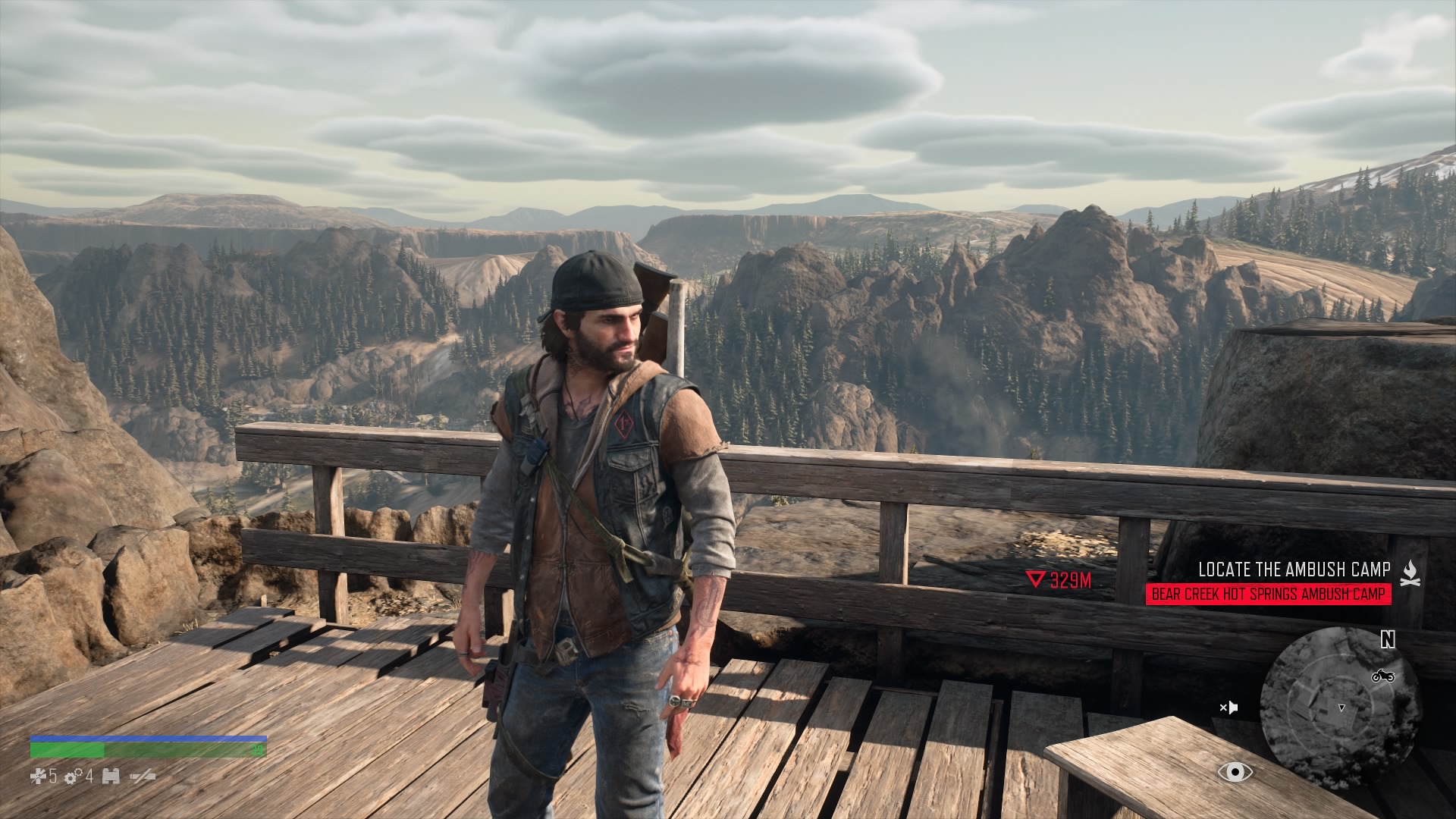 Early on I never felt that the story came together. I felt like the game didn’t really care what I did, I couldn’t see what I was meant to be doing. Missions are not too clear to understand when you start tracking them. It is more of a turn up and see what comes together sort of approach. Even when I completed missions, I wasn’t sure why I was doing them.

Keep at it though and there is light at the end of the tunnel. You start to get a clearer understanding of what the main storyline is here towards the end. The map opens up more as you progress through and you will start to understand your actions a bit more. This may take you in the region of 40+ hours though depending on your approach so some might never make it here.

I will say there was a bit of mission repetition but when isn’t there in games nowadays? Finding a little red fuel can seems to be key to most missions. Whether that is to fill a generator for power or to start a fire to burn down freaker nests. Your approach to these missions is what offers the variation. 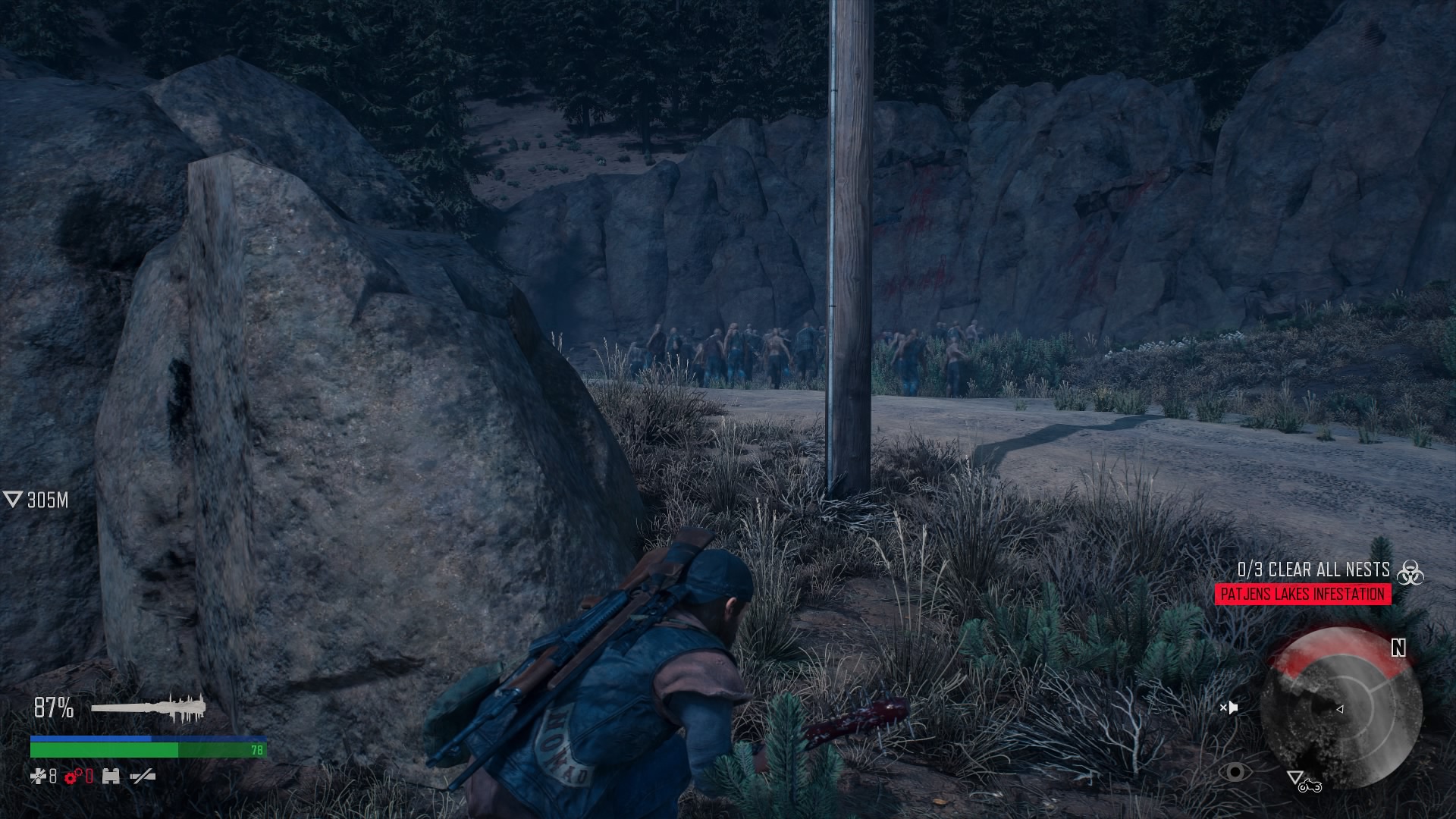 In the early game, I found stealth to be the best way to approach every mission. Limited ammo and low health meant a firefight was never going to go my way. Progress through and you will unlock new skills to improve your melee, ranged combat or survival skills. Completing certain missions rewards you with boosts to your health or stamina. Building trust with camps will open up new weapons to tackle stronger enemies. Overall this game rewards those who put the time in, even if it can feel slow at times.

I will say that this reward might be a bit light. It seemed that skill points were hard to come by despite completing most missions on offer in the early game. Getting access to better weapons seemed to take a long time and I still don’t feel I master the crafting as much as I could have. That instant reward of completing a task was missing slightly which made my character progression feel slow.

The best relationship you will build in this game is with your bike. Key to getting around this decent size world, your bike will be your lifeline on numerous occasions. Upgrading your bike at camp mechanics will make it stronger, quieter, able to travel further and so on. Repairing it on the go with scraps found on abandoned cars and refuelling with our favourite little red cans becomes a repetitive task. In short, the bike is pretty weak and has a terrible MPG! Considering it is such a key part of the story I would have liked a more robust bike so I could enjoy the gameplay more rather than worrying about the bike so much.

Visually the game is rather nice. There are plenty of landscapes to take in as you travel the world. The world may feel a little empty as you travel across it but to be fair there has be a viral outbreak and I think Oregon is pretty ‘foresty’ anyway. Admittedly you may suffer from some slow rendering rates so not everything looks as crisp straight away, but this doesn’t happen enough for it to be here and there but overall, I rather enjoyed exploring the world, when I had the fuel to do it that is.

Something I found myself doing a lot in this game was watching freakers move around their environment. Bend Studios mentioned that despite their horde like appearance these enemies move as single entities. I would happily crouch in the bushes and watch freakers eat enemies I had just killed or search around areas. When I came across a horde, I can honestly say they are amazing to observe. Terrifying when you are in combat with them but a fantastic sight for the first time. 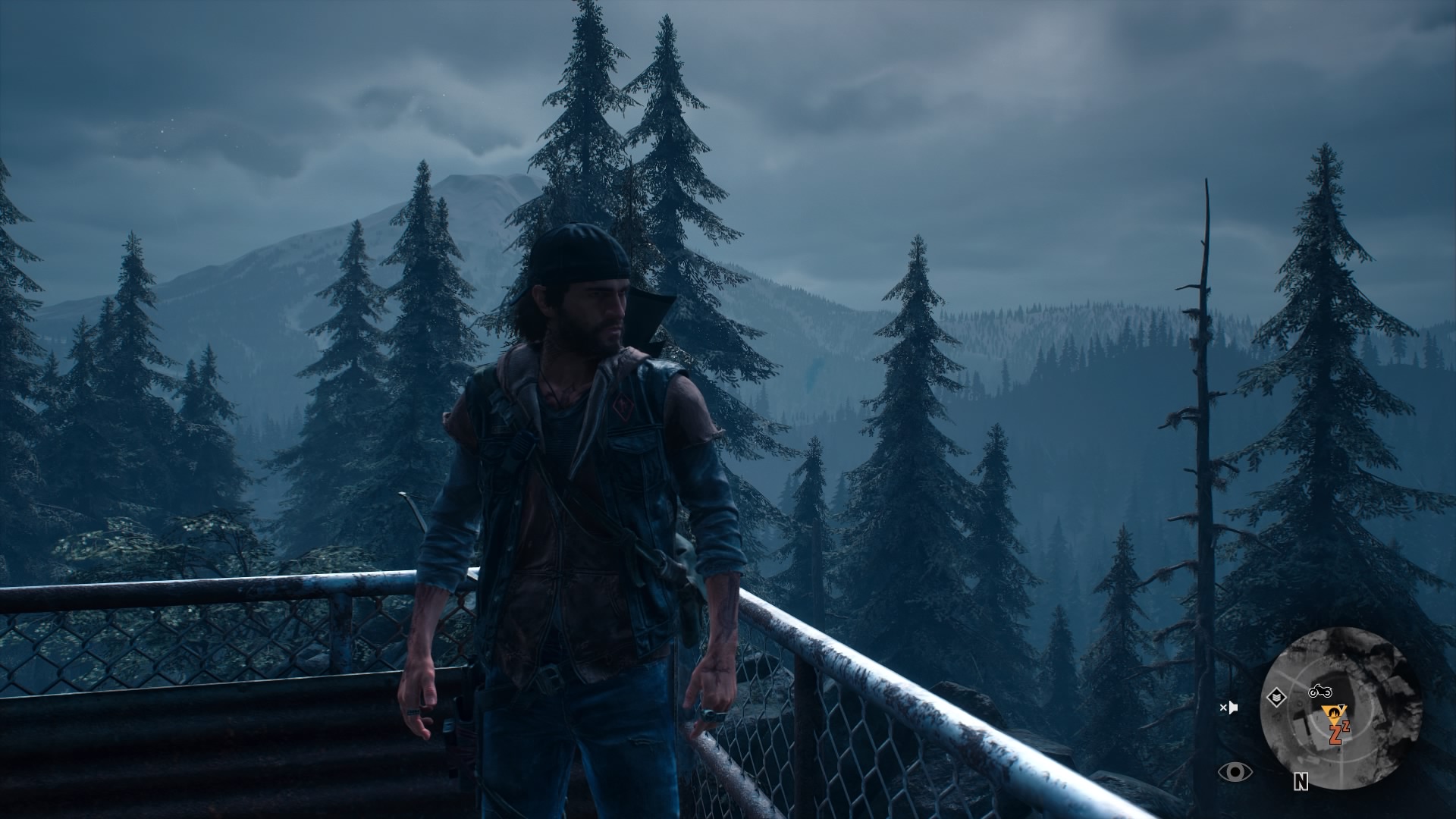 Yes, I did suffer the odd audio drop out. Some slow rendering times caused me to get caught off guard by enemies. At one point I just got stuck in the world, running on the spot and unable to fast travel due to my bike being too far away. Altogether though I didn’t suffer anything that stopped me from playing. Should these bugs be in the game? No, but they didn’t stop me enjoying it.

What this game suffers from most of all though is it being compared to other games that have come before it. No, it isn’t a fantastic as God of War, it isn’t as shiny as Spider-Man, the story isn’t as heartfelt as The Last of Us and it isn’t something different like Horizon Zero Dawn. This doesn’t make it a bad game though and I would be happy to recommend you play it.

Days Gone is a good game. The story feels a bit patchy to start and perhaps never settles on the main storyline, but the world is enjoyable to play through in any way you decide. The main problem comes when you compare it to the great PlayStation Exclusives we have been treated to beforehand. However, enjoy this game for the biker gang turned romantic left in an apocalyptic world searching for something that it is. Take in the sights of Oregon and the massive hordes that are always a threat. Days Gone is a game I have enjoyed and gave it the time it deserved.