Nostalgia is a hell of a drug and perhaps that’s why we’re seeing Samurai Shodown again after all this time. This new remake breathes fresh life into this dormant franchise. After all, it has been 11 years since the last instalment in this franchise. Digging up the past can prove to be a challenging task – balance must be carefully trodden to ensure you do the original games justice on behalf of die hard fans. However, it must be different enough and updated enough to draw in new players to the franchise. Thankfully, SNK walks this line rather masterfully and strike a balance that ultimately results in a quality game.

Right off the bat, Samurai Shodown is fairly standard in the modes that it offers. Included in this package is an online mode, practice mode, story mode and multiple offline modes. As a bonus, buyers who get the game before 30 June will be entitled to the season pass for free. SNK president Koichi Toyama said, “As a thank you to the fans who have stuck with us during the long wait between the franchise installments, we’re pleased to offer the first six months of DLC completely free of charge to anyone who buys the game and redeems the game’s season pass within the first week of release, which will include four new fighters.”

So, how does Samurai Shodown compare to other fighters like Street Fighter or Mortal Kombat on current gen consoles? Well, it’s slower. That is to say that the fighting itself is not as fast paced as the aforementioned titles. Instead, every move in Samurai Shodown carries more weight and feels heavier and more deliberate. This provides a great deal of satisfaction when you do pull of combos due to the more precise, deliberate nature of how you land those strikes. Precise combos can damage huge amounts of health in relatively quick succession so mastering this new pace will reap rewards. Ultimately, patience will be your best friend in Samurai Shodown.

There is a high skill gap involved here that will separate the good fighter from the great fighter. Knowing when to parry and when to retreat or advance are paramount to succeeding in this game. Unlike Street Fighter or Mortal Kombat, you cannot really afford to take a few hits like they do not matter, defence will be important due to the vulnerability to losing health in large chunks. There is not as much room to not be on your toes constantly as every action or non-actions matters and requires deliberate and tactical consideration.

As is pretty standard in this genre, Samurai Shodown features a rage meter that fills as you land successful attacks. Once filled, it allows you to unleash your deadliest combos to finish off your enemy. Further, another slick feature is the ability to knock weapons out off your enemies hands if you time a parry to perfection. It is a hard skill to master but super effective once you do. 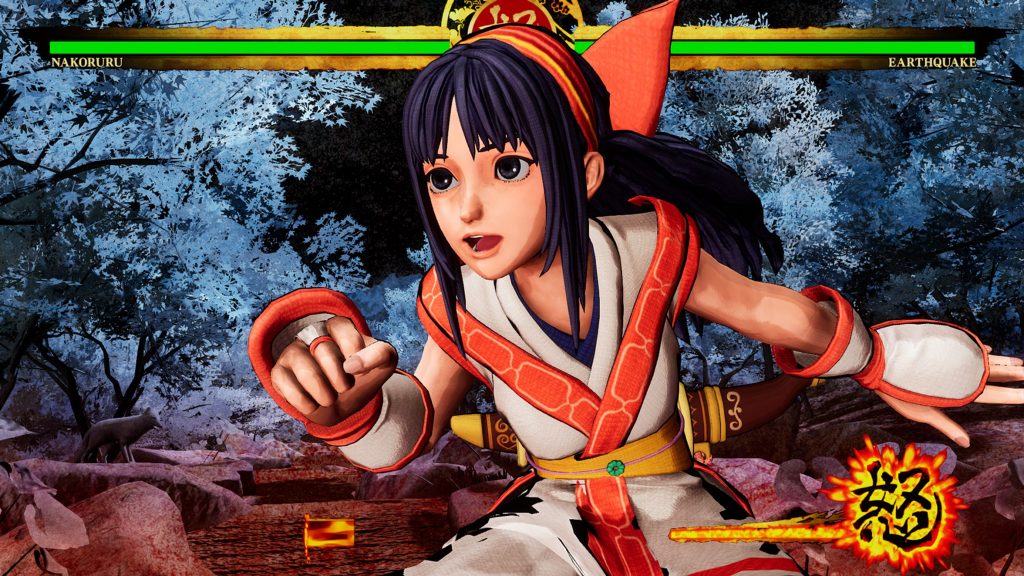 Now, this may all sound rather difficult and, well, it is. Samurai Shodown seems more designed to please the niche hardcore fans rather than newcomers. However, there is a very useful tutorial at the start of the game that walks you through most of the basics and even introduces you to the more complicated abilities. However, the tutorial will not be enough to prepare you for the nuance and depth of the tactics involved in the game.

In terms of character variety, Samurai Shodown follows a fairly normal standard with 16 fighters. Most of these are returning from the old games but 3 are completely new. With the story set one year before the events of the very first instalment in the franchise, it allows the return of a range of original characters updated beautifully to today’s standards. There’s a ton of variety here and each character feels unique.

One of the most interesting features of the game is the revolutionary Deep Learning AI. This allows the game to learn from player tactics and create Ghost characters which players around the globe can share and fight against. This can be likened to what the Forza series does with its drivatars and it is an interesting feature that makes the game feel more alive. These AI ghosts will adapt to your fighting style, which will constantly force you to evolve your tactics. Overall, this helps to improve at the game without the need to always play online against other players where the learning curve is steeper.

Visually, Samurai Shodown is impressive enough in terms of fidelity but it is the unique aesthetic that really matters here. The poppish ancient Japanese art style really lends itself to the somewhat cartoonish style. The colour palette really comes to life and as a complete package, the game looks impressive. Performance wise the game runs smoothly the majority of the time but one noticeable issue is the input lag. A day one patch solved this issue somewhat but it was still noticeable to me. Although the game does feature slower gameplay than other fast-paced fighters, it does not stop the input lag being noticeable. Whilst it did not prevent me from enjoying the game, it did serve as a minor frustration.

All in all, Samurai Shodown is a testament to how developers and publishers can balance the nostalgia of a historic franchise whilst also updating the franchise enough to entice new players. The slow and deliberate gameplay provides a high skill gap but also makes everything you do more satisfying. If you give the time to this game to really climb that steep learning curve you will reap the rewards. 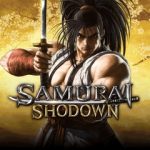