Pro-wrestling is a strange beast. Walking the line between entertainment and sport, it provides us with dramatic storylines and flashes of incredible athleticism in equal measure. For every fan of wrestling there is a detractor and yet the wrestlers themselves train for lifetimes to achieve a crowd reaction, be that grateful cheers or pantomime boos.

This spectacle is difficult to convey in video game form. 2K’s WWE franchise takes baby steps each year into simulation territory, leaving behind a wonderful lineage of arcade wrestling titles. Luckily, and after a long hiatus, the Fire Pro franchise is heading back to the ring.

If you haven’t heard of Fire Pro, you’re not alone. A Japanese franchise dating back to the late eighties, the series has been dormant since an ill-advised Xbox Live Arcade title back in 2012. Fire Pro Wrestling World, in essence, is a cartoony and colourful wrestling fan’s dream. 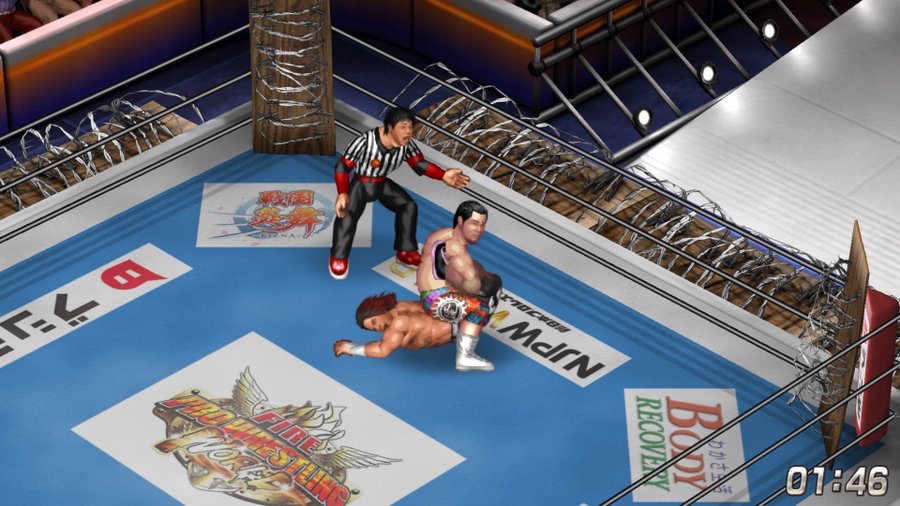 Yes, that’s a lot of barbed wire around the ring.

Visually, Fire Pro Wrestling World is deceptively simple. You won’t find 2K’s crowds or photorealistic beads of sweat here. You also won’t find any health or stamina indicators – instead you’ll find nuanced animations that convey the condition of your fighter. If a wrestler is exhausted, they’ll move more slowly, needed to recover energy via a press of a button. Attempt this at the wrong time and you’ll be helpless to reverse a big move.

Each match begins with simple punches and kicks, with opponents able to counter more extravagant moves. In fact, they’ll auto reverse everything stronger than a “light” attack until the fighters have worn each other down. This slow build of offensive capabilities mean matches are tense – go for a finisher too soon and you’ll find your opponent kicking out and ready to respond with some bigger moves of their own.

It feels like a throwback, not only to earlier games in the franchise but to the “fun-first” mentality of Nintendo 64 titles such as No Mercy. Matches have an ebb and flow to them thats rare in the genre, the aforementioned recovery button becoming just as important as any top-rope manoeuvre.

You’ll have plenty of opportunities to enhance your skills, however. Fire Pro Wrestling World’s match types are eclectic – no tables, ladders and chairs matches here. Instead you’ll find Landmine Matches, Barbed Wire Matches and even UFC-style cage fights. Most of these can be configured with up to eight participants (four against four), all of which are available to control locally. Online play is promised in a day one patch, but that will support four players.

The real fun of Fire Pro Wrestling World, as with countless wrestling games before it, is the joy of creating a wrestler from scratch and launching headfirst into a career setup – all catered for here. Creating a fighter allows you to share them online too, and all are downloadable via a webpage you link with your Playstation Network ID. 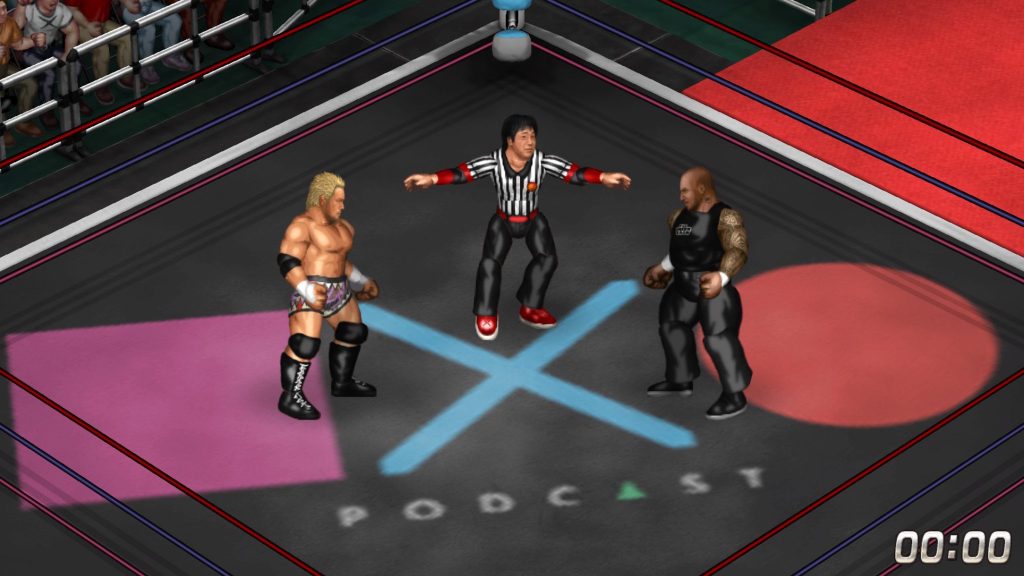 Fancy pitting The Rock and Stone Cold against Kane and The Undertaker? Sure. Want to recreate Hulk Hogan’s incredible slam on Andre The Giant at Wrestlemania III? Download both fighters, and the ring and arena parts to go with them. It’s essentially an unlimited stream of downloadable content.

If you’re looking to create a muscular, tight-wearing version of yourself then you’re in luck. “Fighting Road”, Fire Pro Wrestling World’s career mode allows you to work your way up the ladder of the (now fully-licensed) New Japan Pro Wrestling promotion, complete with intros to major opponents and a visual-novel style conversation system.

As you progress you’ll earn new moves to allocate your superstar-in-training, and attributes too. All of this is capped off by mini-objectives (hit a certain move a number of times, that kind of thing) which can speed up the process. Separated into multiple story arcs, “Fighting Road” provides enough content for dozens of hours.

As a recreation of “Sports Entertainment”, Fire Pro Wrestling world is impressive. Building on the franchise’s love for the art with licensed fighters, a solid career mode and a wonderfully retro aesthetic, it stands as one of the biggest surprises of 2018. Lace up your boots, and get in the ring. 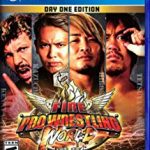