I spent a lot of my youth playing strategy games, I loved games like Command and Conquer and Advance Wars and spent hours upon hours with friends in tactical skirmishes. I do think though that the genre has never really broken into the console market, whether that’s an issue with control schemes or the fact the games are enjoyed more by PC players, I suspect its a mixture of the two. These games never feel completely comfortable on a console and the developers have to do a fair bit of work to make them ‘fit’ and play well with a thumbstick and button layout.

Luckily the Nintendo Switch, when in handheld mode, has a touchscreen which helps out on games like this and really takes away some of the limitations of playing strategy games on a console system. The control scheme in Kronos is a good one, using a mixture of touchscreen and the buttons work well enough and after an hour or two, the controls became second nature and were never an issue. Of course, you don’t have to use the touchscreen and if you are playing on docked mode using the thumbsticks and buttons is a must. The developers have done well with the controls and the game works fine in any play mode. 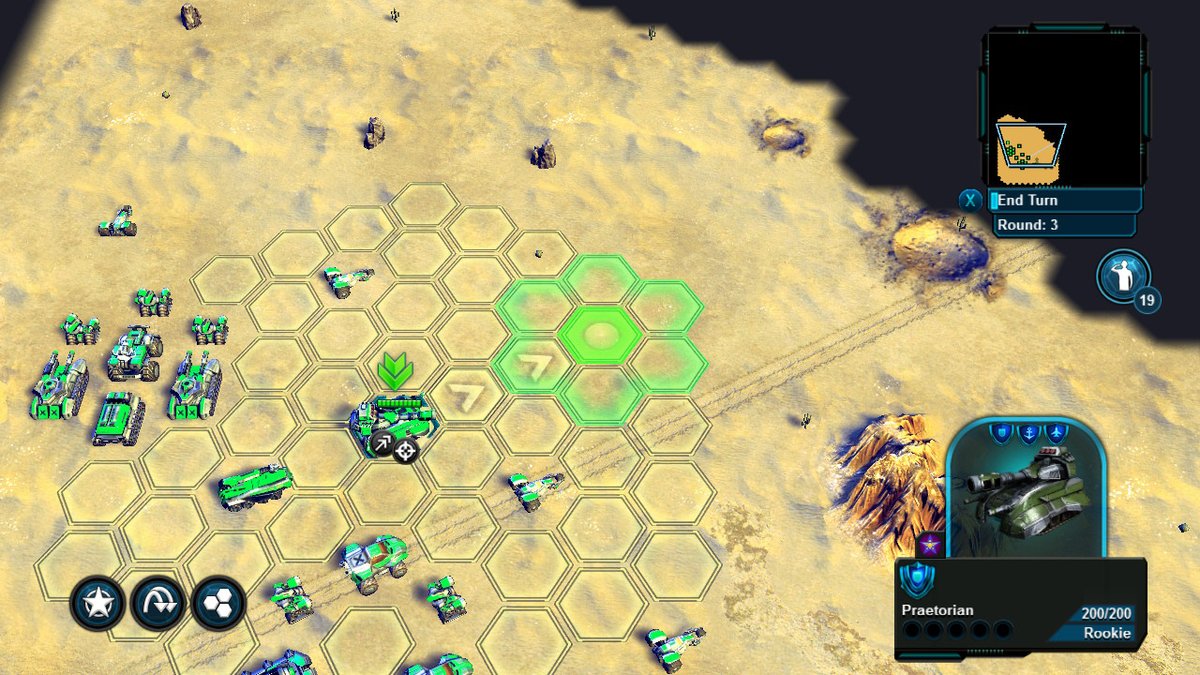 Touchscreen controls are a nice addition

Battle World: Kronos has three separate campaigns that the developers boast to have about 60 hours of gameplay. While I have not played all the campaigns, I can see it easily hitting the 60-hour mark. This game is not easy, not easy at all and the game does tell you this at the start. Its no unfair at all, it just does not hold your hand, it expects you to learn and use your tactical nous to win each battle. I even failed the first battle a few times until I read a bit more of the battle tips and worked out what I was doing. The battle tips are very helpful and if you are struggling, give them the once over, you may have missed something vital for you to progress.

Anyone who has played a turn-based strategy title will feel easily at home in Kronos. You take your turn by moving your units around the map while trying to complete your various objectives. Your units have 2 phases to use each turn, a move phase and a ‘joker’ phase. This phase can be used to either attack an enemy or to move further into or out of battle. Your units move further depending on the terrain and this should be used to your advantage when planning your moves. When you highlight a unit it gives its move length and even shows its attack range. 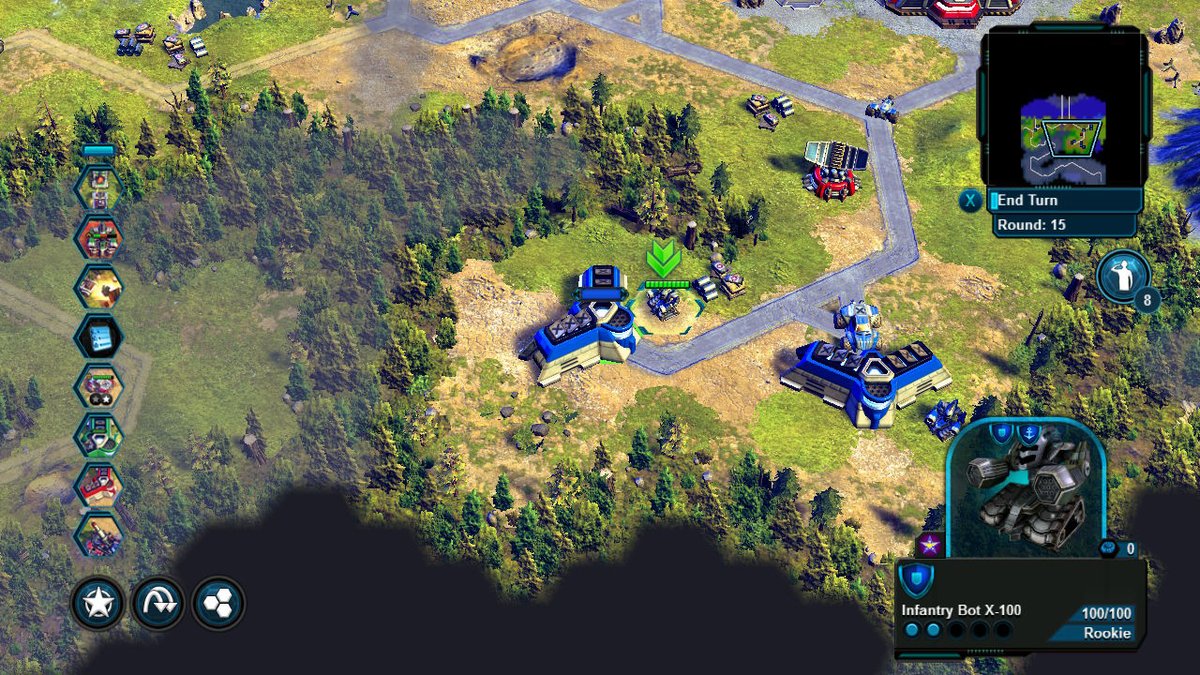 The battle system is everything you expect from this genre of games when you attack an enemy unit it will do damage depending on the weapon used and the enemies armour. You also get bonuses for flanking, more units in adjacent spaces to the unit being attacked gives attack bonuses. You should surround a unit with several of your own units before attacking to maximise your damage output. The enemy will counter attack if possible, sometimes they can’t as some units have different attack ranges. This is where some tactical nous comes into the game. You should attack units from distances that they cannot counterattack back from. Also, enemy units can only counterattack once, so use that to your advantage too. Surround them, let your strongest unit take the counter-attack then hit them hard and take them down.

Along with with the games three campaigns, you can play local multiplayer on a plethora of maps and can play single player against the AI in head to head battles. These skirmishes are a nice distraction from the campaigns and if you get a good player to play against or get a genuine battle with the AI, they can be a lot of fun and very rewarding. The problem with multiplayer games like this though is that unless you blindfold or knockout your opponent its hard to cover up your strategy or keep your plans secret. In handheld mode it’s good though, you can pass it between each other and sometimes spring a surprise or two. This was definitely my preferred mode of playing multiplayer. 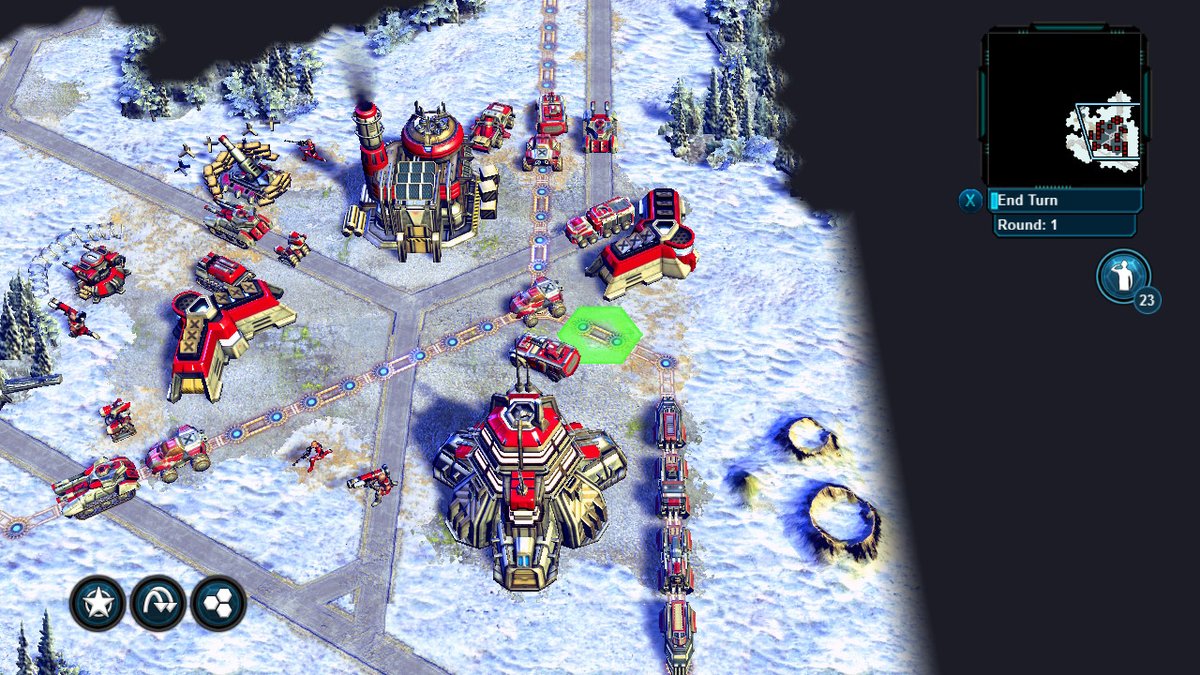 Graphically, Kronos is solid enough. It used the same style sprite graphics that the old Command and Conquer games had. While they do give you a feel of nostalgia and remind of my days as a youth staying up until god knows what time battling away, I would have liked a slightly more up to date graphics style. Something a bit sharper that is a bit more unique and something to give the game its own identity. What we have is pleasant enough and is in no way ugly or harsh on the eyes. The units are modelled nicely, they are rich and colourful and everything stands out and your units never get lost in the background.

Sound wise the title is average at best. The music score is quite forgettable and does not really heighten the tension or drama that can unfold in some of these battles you get involved in. The sound effects of the units, while being serviceable are often very basic. I just feel the sound effects, especially the shooting and explosions, needed more weight to them. It feels a bit muffled and a bit flat, when you destroy an opponent it should feel great but most of the time the sounds of battle are too muted and dull. 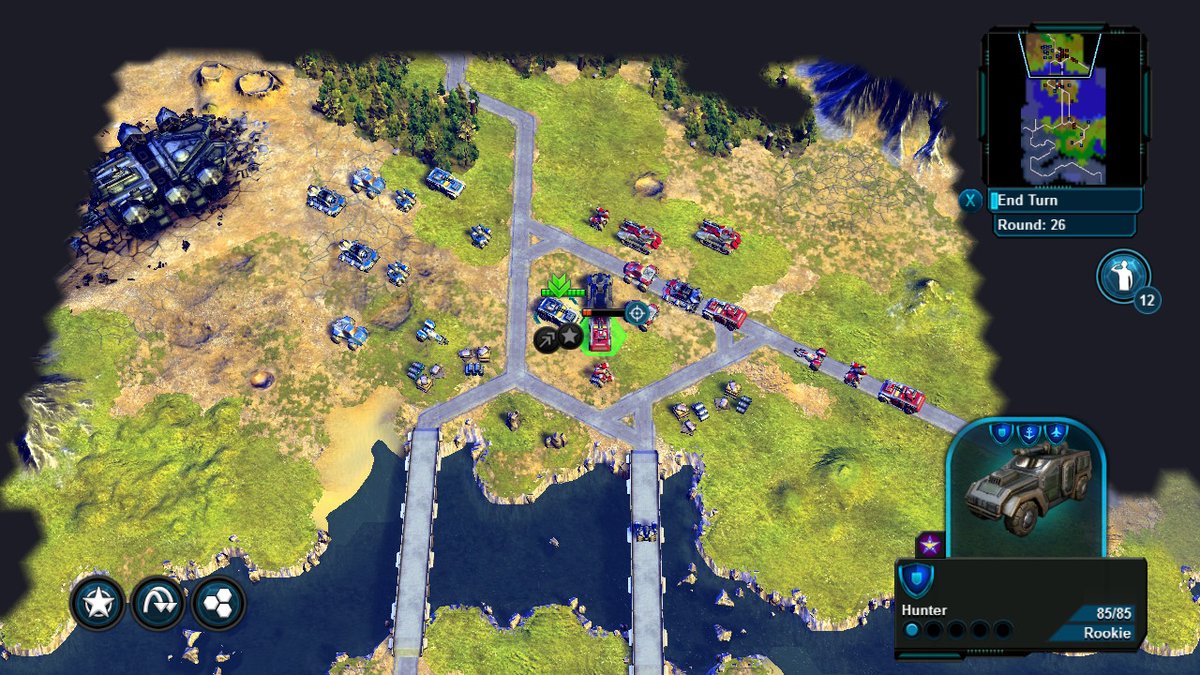 Kronos performed very well, I had zero issues in my many hours with this likeable strategy title. It ran smoothly, had no bugs and never crashed. That’s all you can ask for really and it leaves you free to enjoy the game instead of worrying about its performance.

On the whole, I enjoyed my time with Battle Worlds: Kronos. I wish it had a more up to date art style but what we got was nice enough and brought back some nostalgic memories of my youth. The sound design could have done with a bit more work to make the battles have more weight and feel more alive. I enjoyed the campaigns and there is a lot of game to be had there. The multiplayer mode, especially in handheld mode, is a lot of fun with a friend and the strategic gameplay is rewarding. With so few strategy titles available on console I can recommend it, however, the campaigns are not easy and you should be aware of that before diving in. Be prepared for a real battle as you will definitely be getting one.