Originally releasing on the PlayStation 2 in 2003, Zone of the Enders: 2nd Runner is the latest in a long list of titles to be ported to the Playstation 4. While it’s stylised visuals and Gundam-esque combat still hold up well, it’s repetitive mission structure keeps it from reaching the stars.

Set in the year 2174, where humanity have colonised the moons of Earth, Mars and Jupiter, “2nd Runner” sees you playing as catchily named Dingo Egret who earns a living by working as a miner on Callisto, one of Jupiter’s moons. After inadvertently awakening a long dormant mech (referred to in this universe as “Orbital Frames”) named Jehuty, Dingo is hounded by military organisation BAHRAM who want Jehuty for themselves. While set a few years after it’s predecessor, 2nd Runner features enough callbacks to the first game that it may be worth reading up on the story beats of the prior entry so that new players don’t feel so adrift.

While the story is serviceable at best, the writing avoids being overly ex-positional although dialogue is often of the “overacted anime” variety. During gameplay (particularly in boss battles) vocal cues can get particularly irritating, although the option to respond to in-game conversations in a sort of binary affirmative or negative way can open up alternative dialogue options to flesh out the characters and world.

Despite 2nd Runner being over fifteen years old, the story (while hardly original) is still told well thanks to a timeless anime inspired cutscene style and the sleek, clean aesthetic of the world and Orbital Frames by Yoji Shinkawa (of Metal Gear Solid fame). On Playstation 4 Pro the game runs at a pin-sharp 4K, highlighting every small detail of Jehuty’s slick animations. Sound is also full of depth, with your AI assistant’s voice coming through the Dualshock’s speaker. 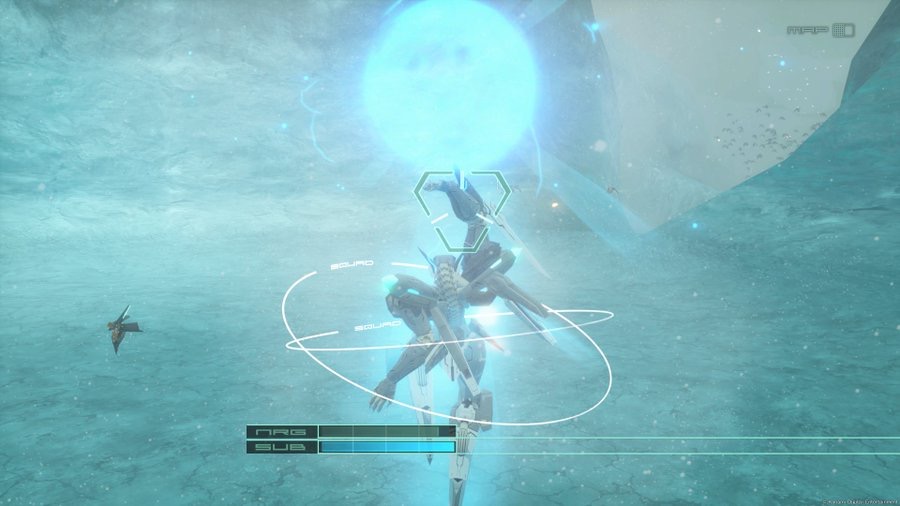 Those animations aren’t just for show, however. Eschewing the slow-paced, often plodding combat style of many mech titles, the Zone of The Enders franchise is built for speed – dodging, dashing and constant altitude changes are key to withstanding barrages from some of the more diverse groups of enemies and returning fire with a balletic light show of homing lasers and sword flurries.  For the most part, these enemies are unmanned drones, but shielded variants and different enemy types will ensure constantly adjusting combat plans on-the-fly.

Attacks are context-sensitive, relating to distance from an opponent. As Jehuty gets closer, it’ll switch to a sword-based fighting style. This is linked to a lock-on system and an unruly camera that means while its a system that seems intuitive, it can lead to some strange instances of your target moving behind another enemy and Jehuty continuing to try and shoot through rather than slashing with the sword.

Those camera issues are exacerbated by certain missions being based entirely indoors, often in corridors or square rooms. Every now and then the camera will return to it’s position behind the player, whilst turning Jehuty as well. This can mean turning your back on an enemy, something tricky to recover from in a game focused on near-360-degree combat.

Unlike it’s predecessor which featured a more open-world, 2nd Runner is more linear and comprises of smaller battlefields which are often punctuated by boss battles. There are exceptions (one escort mission is particularly tedious) but most missions devolve into the well-worn blueprint of “destroy enemies, progress to next battle”. For a game all about futuristic flying robots, it feels decidedly archaic. Luckily the aforementioned combat keeps things looking flashy, even when you’re destroying the same enemies for the hundredth time.

That said, 2nd Runner is not an easy game. Harkening back to a time before regenerating health became the norm, you’ll find yourself seeking out “metatron” to repair your Frame after each battle. This is particularly true of boss encounters, as you constantly block, strafe and destroy incoming projectiles while waiting for a chance to strike – it becomes almost rhythmic at times.

Those boss battles remain a highlight – this is partially due to the pulsating nature of encounters (bosses are, as you would expect, a lot tougher than the unmanned drones you spend most of your time fighting) and partially down to how downright cool the other bosses look. In fact, once you’ve defeated a boss you are able to view a 3D model of them in the main menu – perfect for fans of mechs or anyone wanting to appreciate the level of detail on display.

Outside of the fairly short main campaign (which took me around nine hours to complete), you’re able to battle in versus mode but the main draw will likely be the addition of PlayStation VR support. The entire game can now be played through the PSVR headset – although I’ve not been able to test this as of the time of writing.

Zone of The Enders: 2nd Runner is a product of it’s time – it’s shallow level design and clunky camera controls are a hangover of the PlayStation 2 era that it was originally built for. Even so, it’s satisfying combat, gorgeous visuals and incredible mech design remain timeless even fifteen years on, all without even considering PlayStation VR support for the entire game. It’s style over substance approach will have you firing off lasers long into the night – just don’t expect to remember a lot of it the next day. 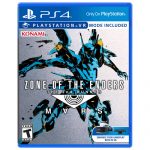