Another day, another survival game, another story of being stranded and having to craft yourself to safety. I had heard lots about Subnautica and even though I had played a lot of survival games recently, I know a lot of people who have experienced it on PC and loved it so I approached it with an open mind. I have often found the sea, and more so the depths of the sea, so fascinating and intriguing. So much of our planet is underwater and still unexplored. There could be anything down there, so let’s go and have a look then.

The game starts with a space cruiser, called the Aurora, which you’re currently inhabiting having some extreme difficulties and failing incredibly to stay intact, par for the course really, all these games seem to start with some sort of tragedy. You jettison off in an escape pod, which your praying will save your life or at least get you somewhere you can survive and move forward. You end up on an alien planet that luckily is mostly made of water, your pod has a few devices to help you on your way even though it’s slightly damaged is workable and acts as your hub early in the game. You later find that the Aurora is also nearby on the planet and having its own issues, mainly it’s engine core still malfunctioning, going critical and leaking radiation rapidly. 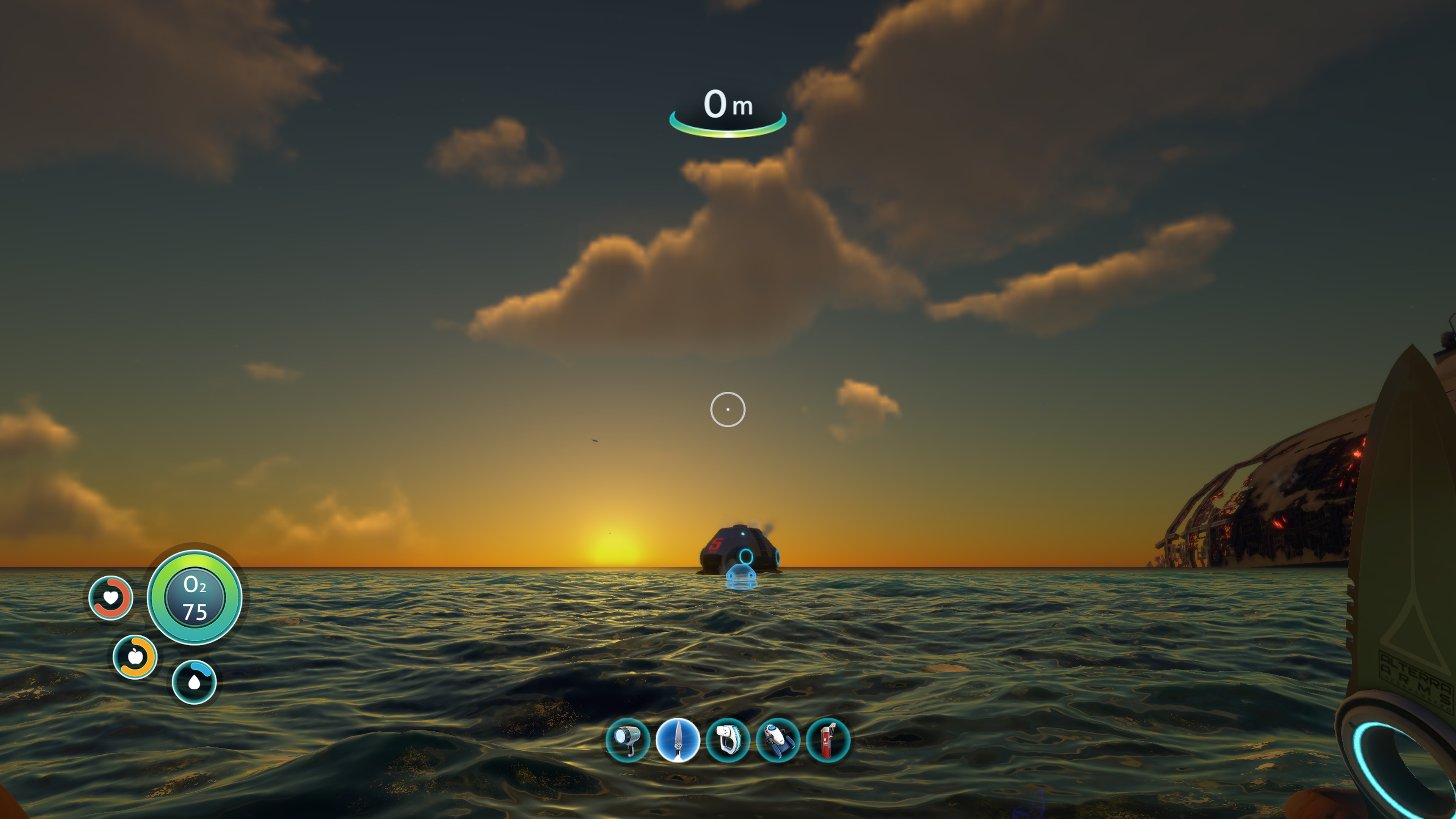 Your pod includes a health station which generates a health pack every so often, so health is rarely an issue unless you really aggravate the locals. There is also a crafting station that you use your collected wares to craft new tools, items and gear to help elongate your time underwater. The pod also includes a few broken items that require you to fix to progress further in the game, this requires a repair tool which also, in turn, requires crafting with your collected wares. Collecting your crafting ingredients is mostly a relaxing and easy experience, early on some fish were a pain to collect but you get used to it and later on this is a non-issue. To gather your resources just requires you to place your crosshair on the item and press your button, later on, resources needed more tools to collect and required a bit more to find and harvest them but it’s never too involved or convoluted.

Crafting items on your pod is an easy process and is simply a press of a button away. Your crafting station listed what could be crafted, what was required and your available blueprints increased as you performed various tasks through the game. This was mostly scanning wreckages or wonderful things you found on the seabed, you should definitely craft your scanner early on as this is a vital tool on your quest. I found it quite therapeutic and relaxing floating through the sea and filling out my database with scanned creatures and plants, it’s a simple press of a button and just required you to hold still for a few seconds.

Once you had started scanning pieces of wreckage and increasing what you could craft your next task should be increasing your breathable time underwater. This was mainly better oxygen tanks and diving tools, again, it was just a task of collecting the required resources and returning to your pod to create what was required. It’s also a good idea at this point to craft the flippers and knife at this point, both easily craftable and will serve you well moving forward. A thing about this game I appreciated was that the combat was a very rare occurrence and shifted the focus of the game to exploration and crafting. Don’t get me wrong, there were times I would get into a bit of a scuffle but it was never too bad and never detracted from the better aspects of the game, the exploration and survival. 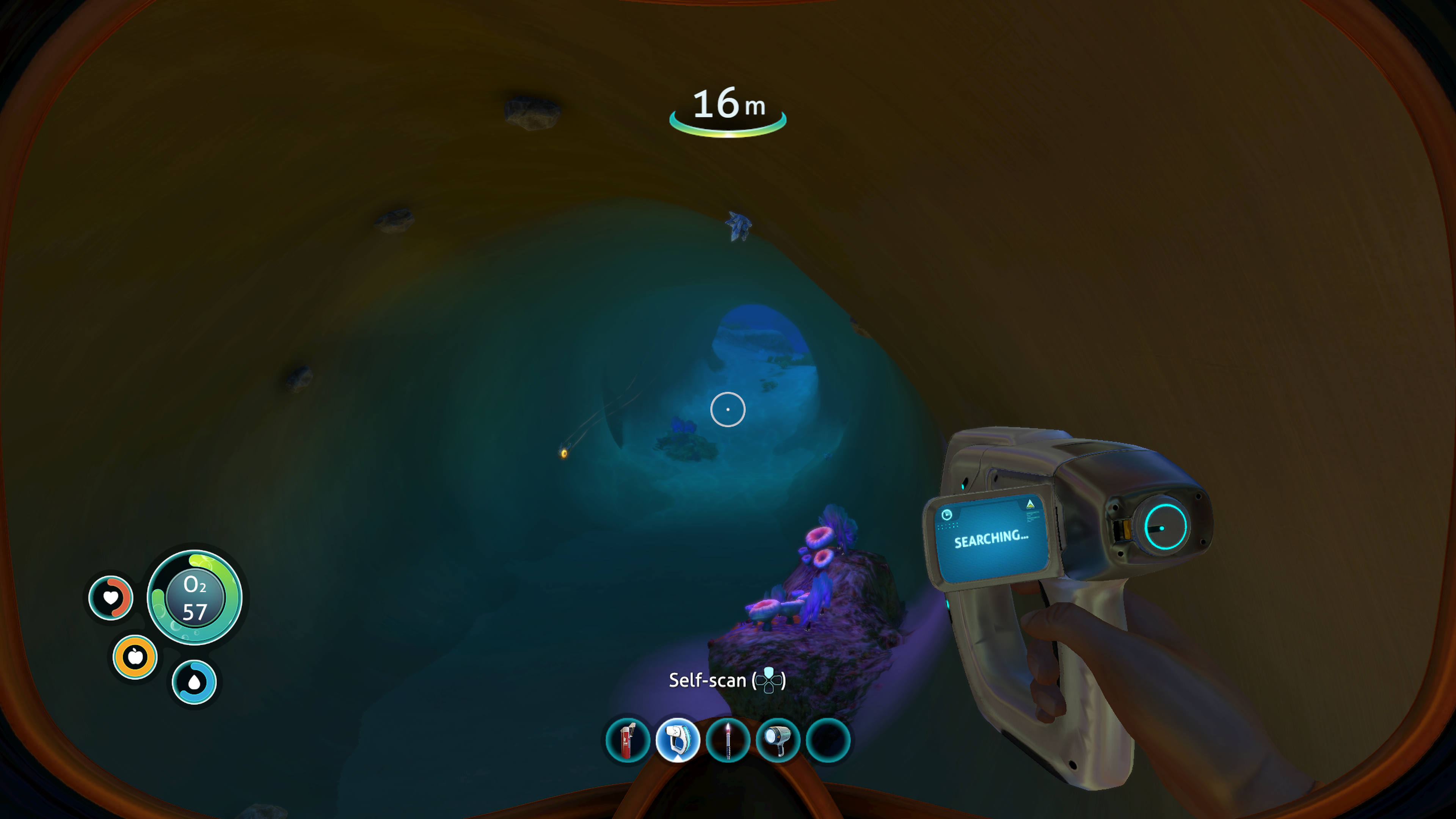 Talking about survival, you had the normal health, food and hydration meters that you would have to manage throughout the game. Your health meter is fine most of the time as long as you remember to pick up the health pack from your pod, food and water were extended by catching and preparing the fauna from the ocean. It took me a little longer than I thought to work out how to get water, which sounds weird as you’re surrounded by the stuff but you get it from catching a certain fish, who would have thought? You can extend the life of food by adding salt, you can also make more effective, more filtered water later on by adding other ingredients. These meters are not too intrusive and are not too bad to keep in check, they can also be turned off at the start of the game depending on your chosen style of play and how much of a challenge you want.

Once you have crafted your repair tool you can repair a few things aboard your pod, one of the things is a radio, which is very important in progressing the story. It will inform you of other survivors, inform you of the status of Aurora and help you escape this planet by sending out a distress beacon. You will then spend your time with the game finding other pods and progressing towards leaving this alien world, you now have more tools, could spend longer underwater and could travel quicker. When you get further into the game you can craft vehicles, habitats and all manner of water tools and gizmos. Each upgrade made things easier and made your time under the ocean less risky, as you navigated underwater cave systems and came head to head with increasing danger levels. I died a few times being lost or running out of oxygen and if I would have taken my time and upgraded more this would not have been an issue.

Subnautica is a very open game, I just feel some people will need a bit more hand-holding as even I sometimes felt myself drifting aimlessly through the water. I tend to find this sometimes with games like this and I don’t mind it at all but I do know it will bother some people. People who need a bit more help and like clearly laid out goals, people who like to follow an easy to follow direct path will be a bit lost in this title as it’s not always obvious where you should be going next or what you should be doing. Most players will know what they are getting themselves into but I thought it was worth mentioning.

Graphically Subnautica is good, everything is rendered well and a few graphical issues aside, everything looks detailed and pleasant. The only thing that bothered me about the graphics was the pop in from environmental artefacts as I was gliding through the different biomes underwater. Sometimes things would pop into view only when you got right up to it, I would often think I was in a barren part of the ocean only to be suddenly surrounded by vines or seaweed. It took me out of the experience and was often jarring to see, decreased my immersion and took me out of the world I was exploring. The sounds and music of the game are subtle and fit the style of the game very well. The music crescendos when the story is progressing and often heightens the intensity of the game further, the sounds of being underwater are natural, believable and realistic. Even the sounds being muffled underwater are portrayed very well, going back up to the surface for air and hearing properly again is a nice touch and increased the believability of being under the ocean. All the aquatic life’s sounds were realized in a nice way, blooping and gushing through the water and it worked towards grounding my character in the world, reinforcing the feeling of being so far underwater and increasing the immersion.

On the whole, the game performs well in most areas. The only issues I encountered was quite severe pop in when scouring the surface of the planet and perhaps even worse, slow down, often to a standstill when surfacing for air. This was quite bad and I often thought the game was going to crash, it was very jarring and took me out of the overall experience. This was a shame because everything else ran well and I enjoyed it.

There is a lot to see and do in Subnautica, although sometimes some players may feel a bit lost and need more of a rigid structure to the game. The world under the ocean is vast with many biomes to explore and it’s easy to get lost in, it contains lots of sea life and things to see and do. The crafting options are numerous and unlock in a very natural and logical way, often the player remaining curious and scanning new things leads to crafting options opening up to you and increase your survival rate in the depths of the sea. The fact that combat is basic and infrequent is a nice touch, that paired with multiple difficulty options gives everyone the experience they require. Even though this is a very worn path these days, Subnautica does do enough to separate itself in this crowded genre and is worth playing, especially if you’re a fan of this style of game. 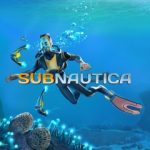