When I was growing up, I was taught that falcons were terrifying birds that weren’t to be trifled with – a breed of bird so fearsome and powerful that their whole family have safely secured a spot amongst the birds of prey. What I didn’t know is that falcons are also adorable creatures that possess the ability to steal my heart within minutes (and not in a deadly way..)

Falcon Age opens with you, Ara, completing your daily chores. After being sent to an isolated prison camp, Ara’s day-to-day life consists of ‘rehabilitation’ with a skittish and seemingly bored robot and mining ores and minerals for her robotic overlords. Through a brutal and emotional series of events, Ara nurses a baby falcon back to full health, and after many months, the two escape and head out in search of family.

With this opening, Outerloop Games manages to not only establish a deeply engaging and interesting world but also manages to make you fall in love with your avian companion – from then onwards, the two of you work as a team. Whether it’s hunting, exploring or fighting, Falcon Age absolutely nails the feeling of companionship, so much so that it feels like you’re controlling two halves of the same character 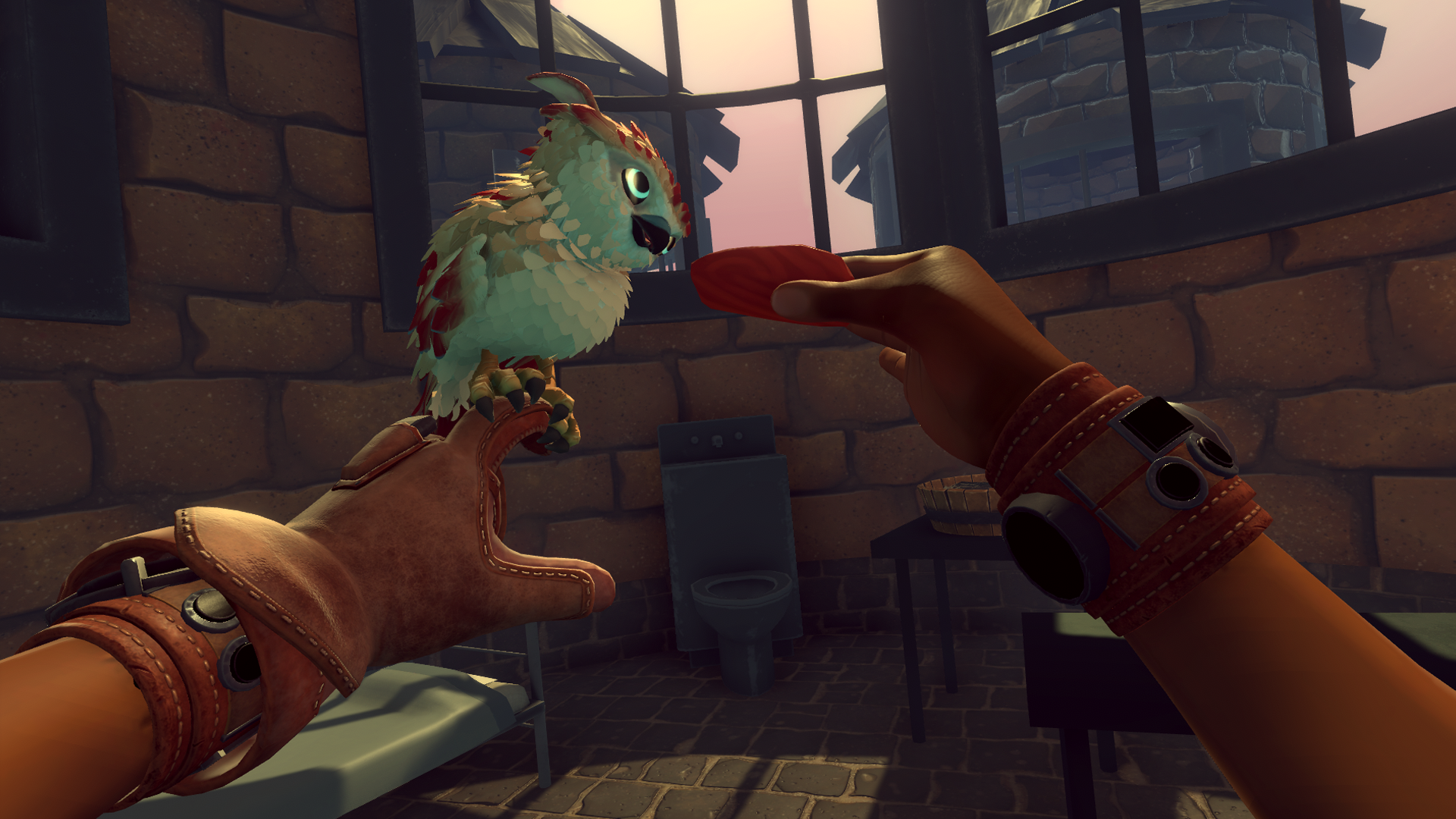 It’s opening premise, is one that makes you feel entirely comfortable and right in the story that plays out in front of you. You explore an empty, but still very much alive world, fighting back against the robotic colonisers who want to exploit your land and destroy your traditions.

To do so, you venture across the desert shutting down refineries and liberating your people. While this sounds very Ubisoft in essence, each refinery comes with its own unique set of challenges and design choices. One refinery is stationed inside a quarry, giving you plenty of time to plan out an attack, but another sees you scaling a cliffside, meaning there’s an unseen surprise around every corner.

Liberating these refineries always feels fun and engaging, and this is in no small part down to the falcon mechanics. As far as I’m aware, no other game has managed to employ bird mechanics in such a way that you’re actually dependent on your feathery friend. Attacking enemies is in most cases a two-pronged approach: Your bird will distract or hold an enemy, while you go in for the finishing blow. If one of you falls, it’s near impossible for the other to proceed.

It’s not just exploring and fighting that Falcon Age has to offer, it presents a wide arrange of other mechanics and minigames. Some work well, some could perhaps have done with a little fine-tuning. For example, throughout the game, you can use your bird to hunt creatures and farm resources from each liberated refinery. However, the farming aspect of the game doesn’t have any complexity and ultimately doesn’t have much use – the snacks that you can craft are nice, but I never really felt like I needed them. 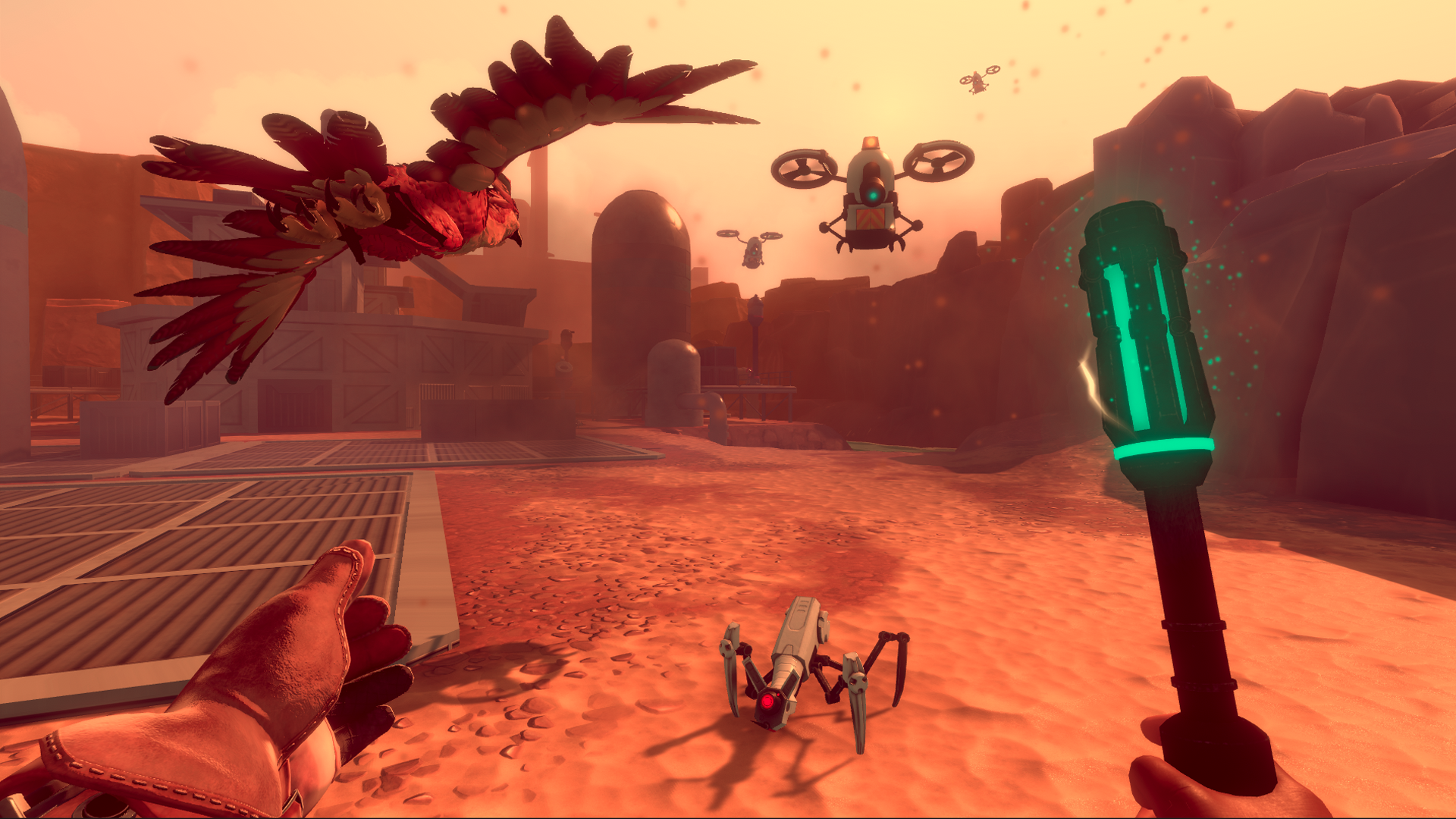 But luckily, those aspects aren’t the core focus. I don’t need to say again how smooth and natural the bird mechanics are, but these are perfectly complemented by the world in which you inhabit. Each location you visit feels unique and lived in, each character has a purpose and seems to have their own backstory – the only thing I would say is: often these aren’t fully explored. I’d love to see more of Ara’s family backstory, given how crucial it is to the game’s plot. I’d love to learn more about Asoka and his potentially shady background – Falcon Age gives you an insightful glimpse into these people’s lives but never develops upon this

Falcon Age is an adorable and emotionally gripping game that managed to keep me engaged from start to finish. It tells an intriguing and well written story of colonialism, companionship and rebellion, while also letting me play with some cute birds – and a game that can juggle all of those is a game I can wholeheartedly recommend. 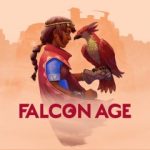