I think it’s important when I start this review that I should point out this was my first survival type game, I had no idea if I would like the genre going in so if you are a fan of this genre your mileage may vary. 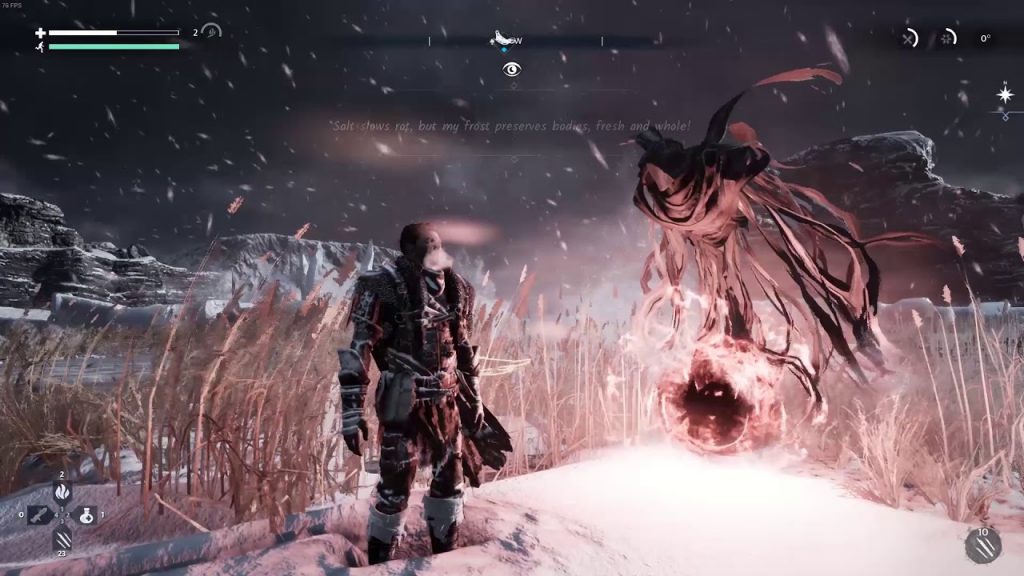 Fade to silence thrusts you into an unforgiving world that had been corrupted by some sort of let’s call it a mystic virus. Your town has been reduced to ash and its people corrupted. The aim of the game is basically to survive in this harsh snowy environment and to do that you are going to have to clear the corrupted areas of enemies, and remove the source of corruption from an area to allow you access to the things it provides which will, in turn, give you the items you need to survive and slowly rebuild your town.

As you venture into the game you will meet people who will, in turn, join your town and help you rebuild things. The community is automated to an extent and although ultimately you have to hunt etc to keep them alive they do venture out and carry out tasks themselves. The game also has raids on your town when the enemy will attack you and in turn, you can lose survivors. Lucky the game allows you to craft defences like walls for your town and you can man these during raids to take out the attacking enemy. 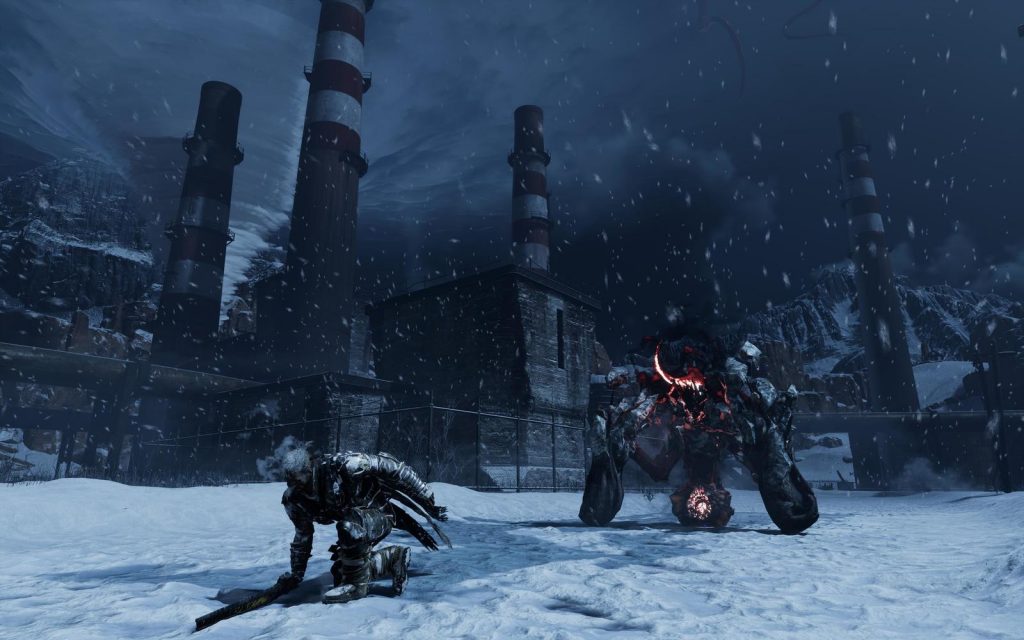 The combat in the game is fun, basic 3rd person hack and slash kind of stuff, you also have a now for range combat which is always fun. Stealth is also important for some elements of the game so violence is not always the way.

The snowy landscape looks great and as the game opens up you get access to sledge dogs that allow you to get around at pace. The game is played in a 3rd person style and along with the HUD it reminded me of the souls series (without the brutality). Being quite snowy things can be hard to see at times just like they would be in reality, lucky the developers have your back and have included a sort of eagle vision mode that will highlight important items within your field of view.

The map is pretty big and you will have to venture further and further out to gain the materials you need to craft different things within the game. Much like many open world type games, there is fast travel available. All you have to do is clear out one of the many outposts in the game and then you can travel between them whenever you want.

Back on the town management side of things after running around collecting the various things you need your upgrades will start to make your town more efficient. Things like crafting speeds etc will fall and your general survival will become easier to the incentive is really there to focus on your town and trying to keep everyone safe and ticking over.

Now the game seems pretty deep and has a lot to offer for fans of titles like this. It just turns out I’m not a fan of games like this. There is a lot of busy work running around to grab this and that while trying not to die from the elements. Personally, it’s not for me but like I say for fans of the genre there is going to be a lot you like here. The closest game I have ever played to something like this is don’t starve and yeah in some ways it’s similar but the fact this game is a lot more menu driven (as well as being hands on) I just didn’t find it was for me and that is likely reflected in my score (hence my opening )