Several years after the end of Devil May Cry 4 Dante and Nero are back with a mysterious new companion in tow and a new demonic evil to vanquish. From the very off Devil May Cry 5 has the same shine and polish as the previous games; everything about it is big; big weapons, big combos and big attitude… and it’s fantastic.

New players to the franchise should fear not, Devil May Cry 5 welcomes you with open arms, there’s a ‘History of Devil May Cry’ option that walks you through the key things you’ll need to know before jumping into the new instalment and the help doesn’t stop there; if you’re finding the combat particularly difficult or your combos a little lacklustre the game offers you an auto assist option – swapping between weapons for you to best structure your combos and helping you get those satisfying triple S rankings. 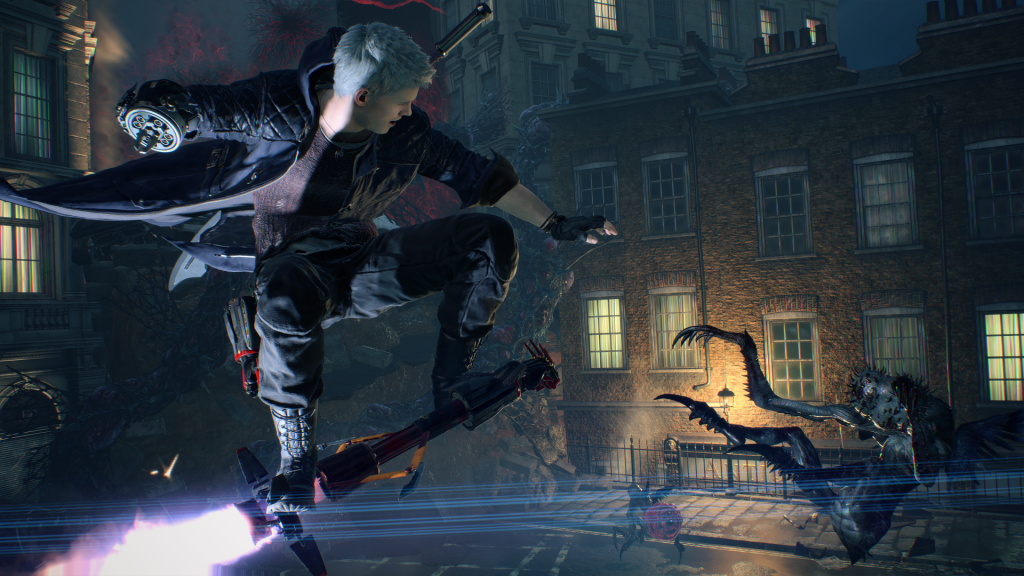 While all three of the main protagonists are equally as handsome and swoon-worthy their combat styles vary massively, as the young demon hunter Nero, having lost an arm, you must make do with a plethora of prosthetic options – thanks to the ingenious Nico you have an arm for every possible occasion with each one offering different abilities and unique aesthetics- some more practical than others. As the enigmatic ‘V’ you control demons from the outskirts of a battle, commanding them to do your bidding before swooping in for the brutal finisher. Fan favourite Dante has a few new tricks up his sleeve too, you swap between melee and ranged attacks to bring down your enemies with old and new weapons alike.

Dante, Nero and V all have their own individual customisation options which grant you the ability to tailor the experience to your own play style (Mine is always ‘How much damage can I do’?) you can level up weapons, abilities and various other traits with red orbs that you collect throughout each mission. Having the freedom to change up your character along with the varied enemy types makes the combat fantastically fluid and satisfying, especially when the music amps up in the background, signalling that you’re kicking demon butt with some serious style. 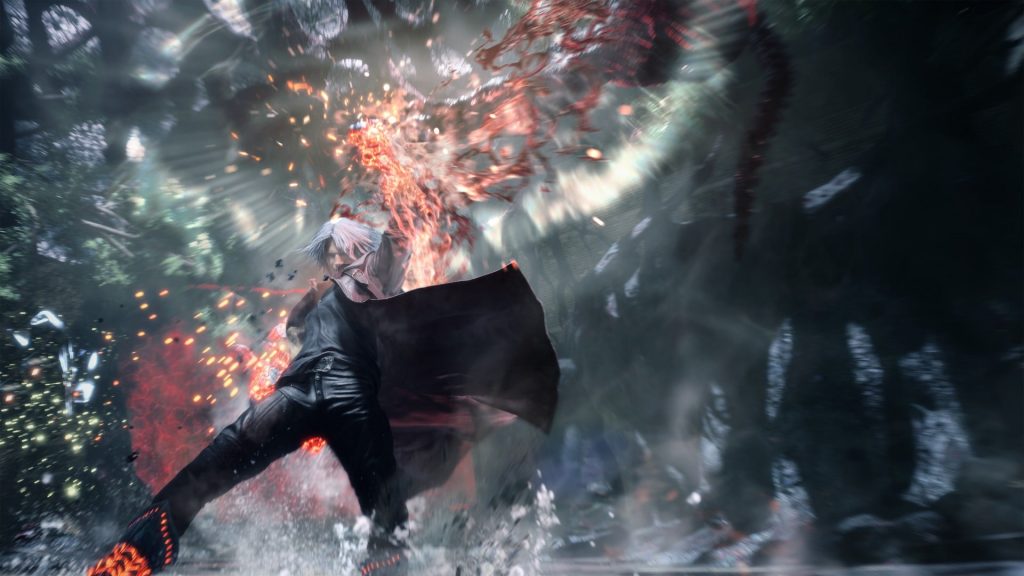 A Devil May Cry game without boss fights is like Dante without his attitude or a big sword… Luckily for us, the boss fights come thick and fast, with each one showcasing different mechanics and personalities to keep the encounters interesting and unique, while my usual tactic in most games is ‘hit it until it’s dead’, some of the bosses require a little more finesse… and a lot more hitting.

At times you’re allowed to choose which of the three characters you want to play as, meaning if you want more one on one time with Dante or feel like you need to spend more time commanding demonic animals as V, you’re in luck. Along with this, you have the addition of the cameo system which – if enabled – means other players will show up in your game as the character you’re not playing as (if no other player is available then ghost data is used) and you can watch them right away on another part of the map. This feature really makes the world feel more alive- the interactions less wooden and scripted – and the ability to rank other players style after the mission is a nice touch.

The story is told with a flurry of cutscenes that bleed seamlessly into action and throughout the game, you jump around the timeline as you pilot the various characters returning to pivotal moments in the story from different perspectives. This keeps the pacing on point throughout the game, you never leave an area or a mission too soon and the mysteries unravel themselves frequently enough to keep you playing for just a little bit longer… 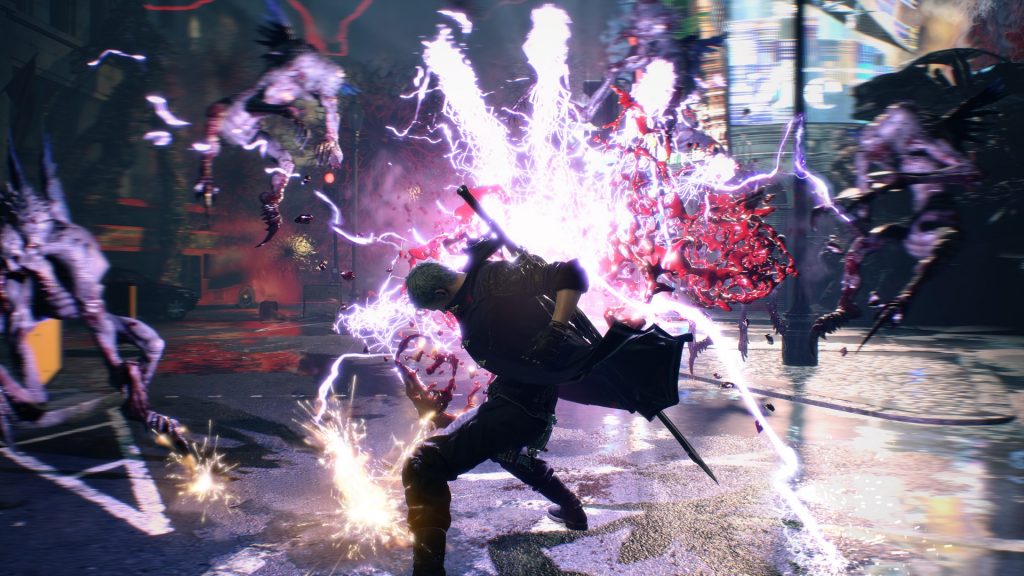 If taking on the waves of demons to ultimately save the word gets a little tiresome for you (it won’t) then there’s always the secret missions hidden away throughout the game, they’re easy to miss so keep your eyes peeled. The missions vary and can include killing all of the things or simply, not touching the floor for an allotted amount of time. The missions are re-playable from the main menu so if you’re a little caught up with killing the bad guys, you can always revisit them later and reap the rewards.

Using the same engine we saw recently in Resident Evil 2 Remastered, Devil May Cry 5 plays beautifully, you hack and slash your way through levels with particle effects and dead demons flying all over the place, without so much as a dropped frame; this is particularly impressive when you add in the level of environmental destruction available. The only issue I came across was the slightly too long pause after you complete a mission and the game calculates your score, it was that bad a couple of times I thought the game had crashed.

Capcom has delivered a real ‘Triple A’ game with Devil May Cry 5, it’s fun, over the top and almost as cocksure as its characters. Slow motion is used at every possible opportunity to allow you a few extra seconds to bask in just how savagely superb this game really is, and I would personally recommend you do just that. 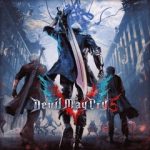