Those pesky Nazi’s messing around with the occult and trying to make more powerful soldiers to win the war at any cost, what are they like? You think they would have learned from all that stuff with the ark of the covenant – but if Achtung! Cthulhu Tactics is anything to go by, perhaps not. 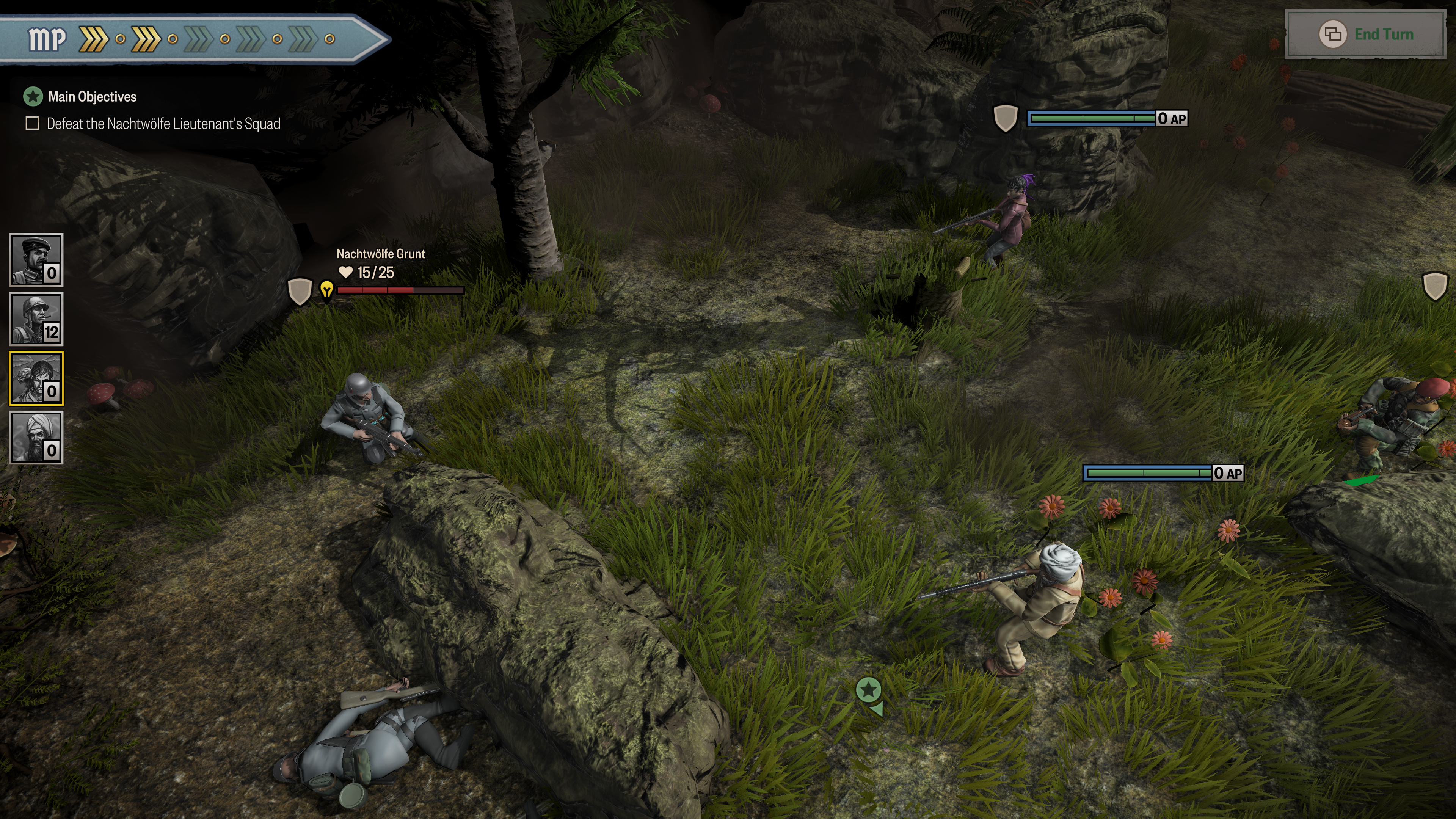 Achtung Cthulhu Tactics is a turn-based strategy game, that is pretty much the same idea as X-com. You take your rag-tag group of soldiers through a series of 10 missions, and 10 optional side missions, through the ominously named “Forest of fear” to put a stop to those nasty nazi’s once and for all.

The battles take place on play areas that are not immediately revealed to you, and shadowed areas will only become visible to you as you move further into them. Battle comprises of player turns and enemy turns, with the enemy being able to move through the shadows and change position on you if you if your field of vision has not revealed all of the areas. Your positioning will affect your likelihood to land hits on the enemies, the same logic is reversed on their shot with your level of cover affecting how likely it is for them to hit you. There are also various status effects that can affect your characters likelihood to land attacks, as well as special actions you can perform to deal more damage in your turn. 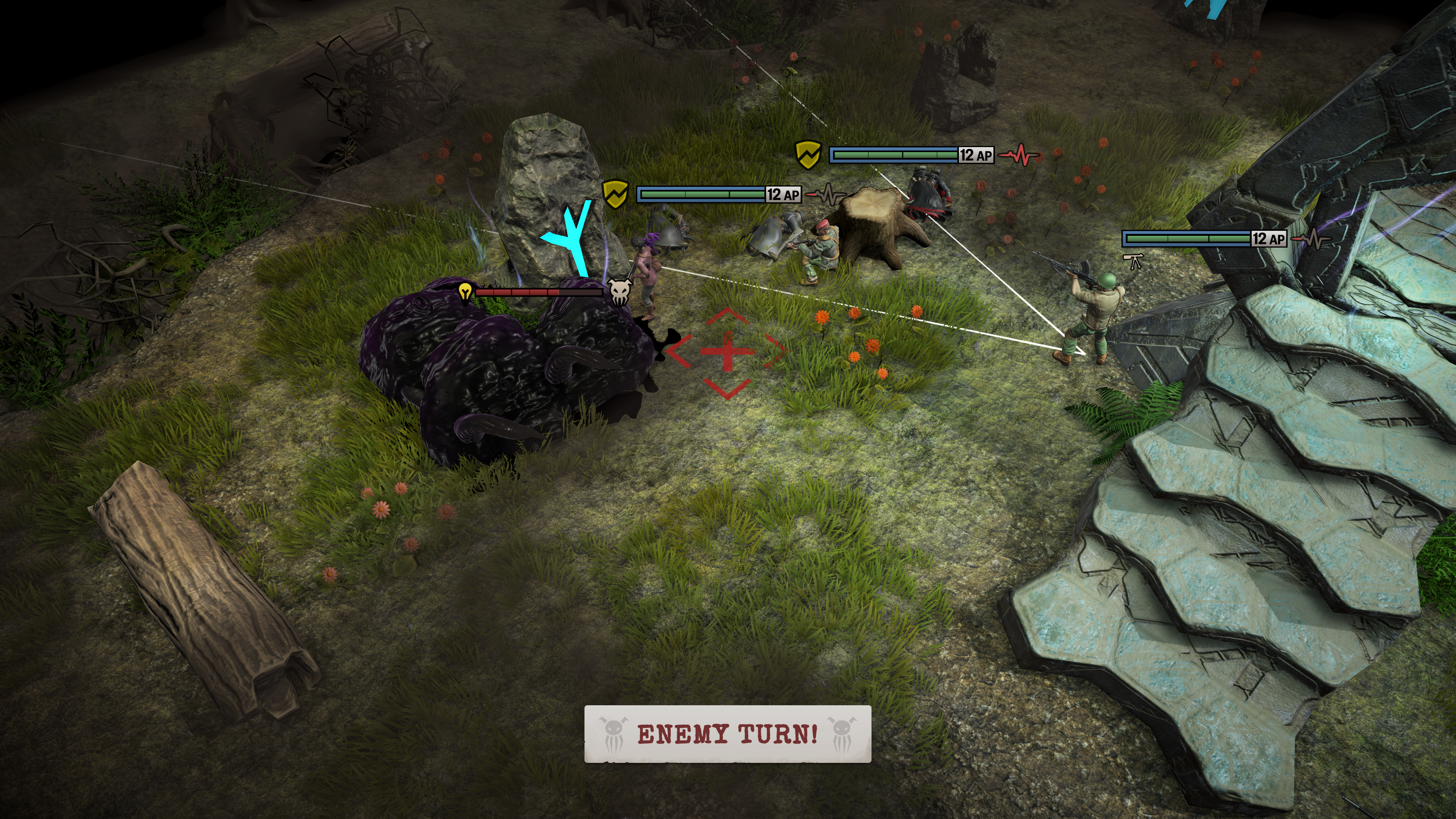 Each turn you have action points that are used up with movements, attacking etc., if you move to a new location and it’s quite far away, for example, you may then not have enough AP to then carry out a follow up attack, so you have to be quite tactical with your play and this can lead to long drawn out fights. One of the biggest differences between this and Xcom is that you have nothing really at stake. In Xcom when you take a soldier into battle you always have the fear of permadeath, so there really is a level of tension that you feel when going into battles because you don’t want to lose your top soldiers halfway into the game and have to try to build someone back up to that level. There are no stakes like that in this game as you are going to finish the game with the same 4 characters that you start with. If you die then you just replay the level, so it kind of loses some of that drama that naturally brings extra excitement into the game. 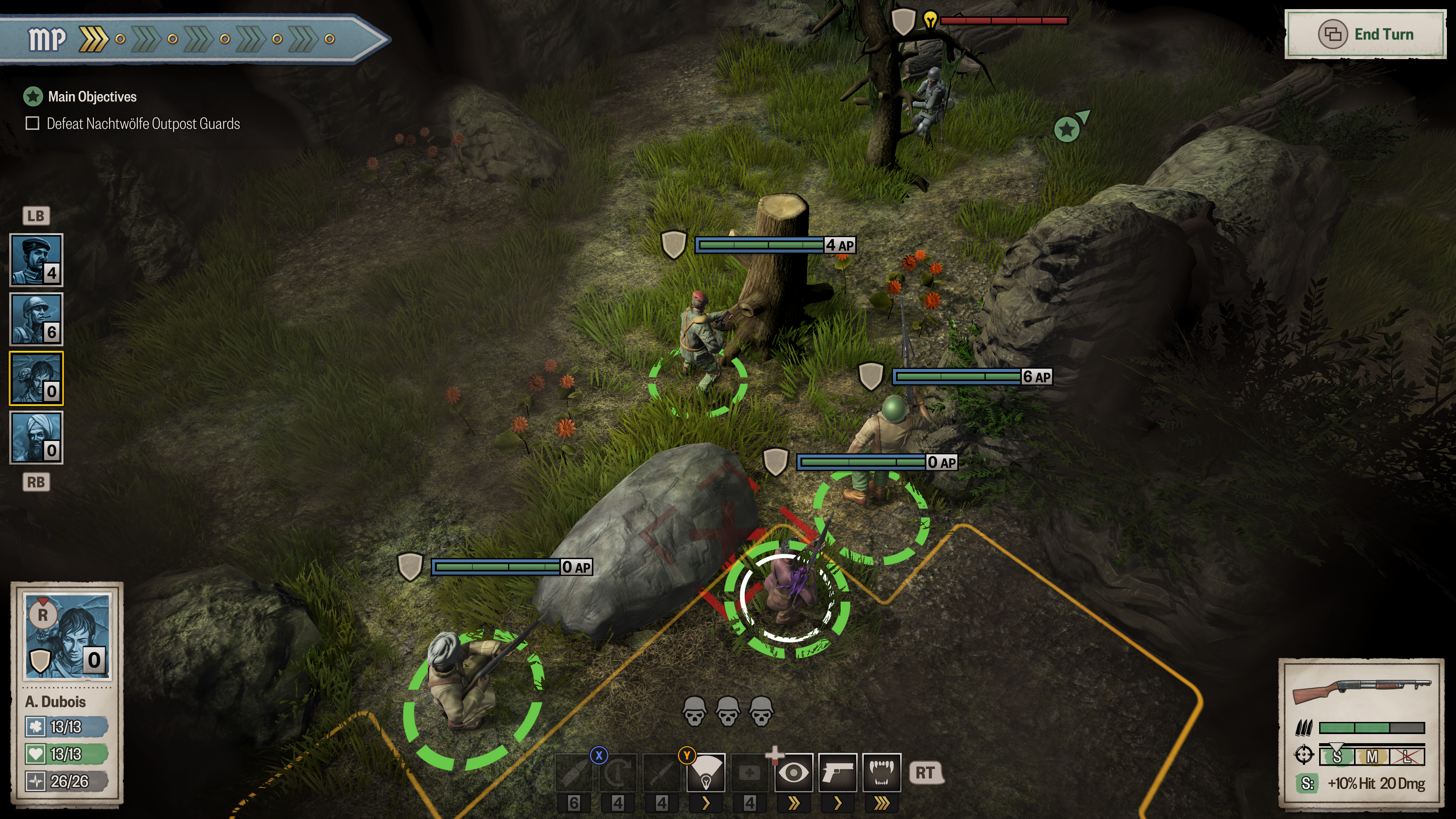 You do level up your party as you play by gaining skill points, you can assign to unlock new skills and abilities. There are also new weapons that you can unlock from finishing main missions and side missions, so it is rewarding in that respect.

There is no online or multiplayer at all, this is a purely single-player experience and I feel it’s actually something that people who are new to this sort of game could really enjoy. It isn’t too overwhelming with controls or actions, and the difficulty is pretty fair (you also have the option to change the difficulty level). Graphically the game is nothing special with levels in the early part all looking pretty much the same, and the same again later. The setting changes a bit later in the game, but when it does the rest of the levels don’t vary much. The soundtrack does its job, it doesn’t stand out or anything but it does seem to fit the feel of the battles, even if it does get a little repetitive after a while.

I had the chance to try out the Nintendo Switch version, which launched a little bit after the PS4 and Xbox version, and I’m happy to report the game runs absolutely fine on the Switch with no real compromises to get the game on the system. In fact, tactical games like this are a really great fit for handheld devices so for some people the Nintendo Switch version could very well be the best way to play.

Overall, Achtung Cthulhu is a pretty fun game, it’s kind of like Xcom light. I’m sure fans of the genre will like it and it could be a good toe dipper for people interested in trying this type of game.